In this article, find NCERT notes on the Rashtrakutas. The Rashtrakuta Dynasty is an important topic for Civil Services Exam 2022 preparation.

To know more about UPSC 2022, refer to the linked article. 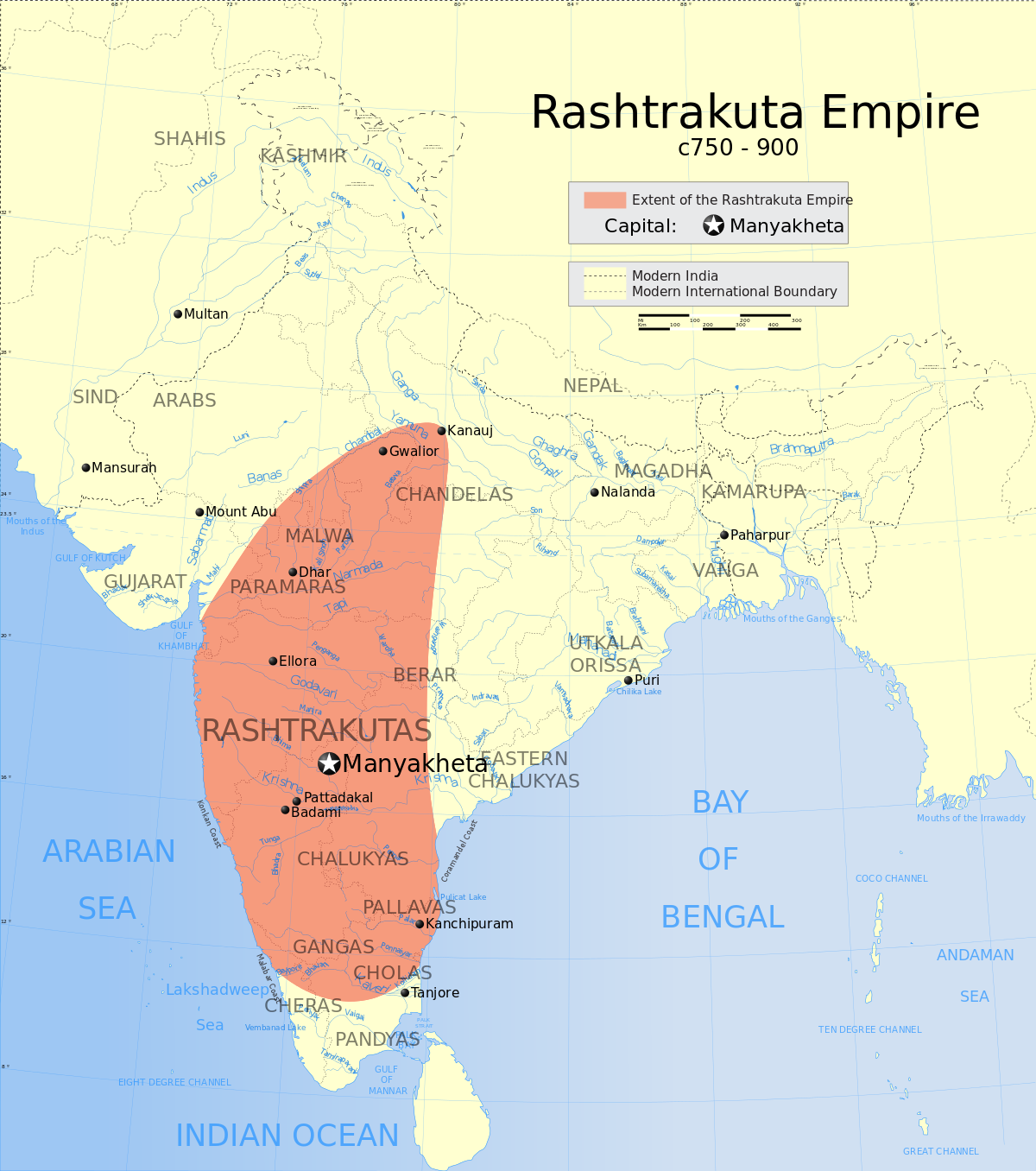 Dantivarman or Dantidurga (735 – 756) was the founder of the Rashtrakutas dynasty.

Dantidurga occupied all territories between the Godavari and Vima.

Art and Architecture
Other facts of Rashtrakutas

Who was the greatest of all the Rashtrakuta kings?

What were the cultural impact of the Rashtrakuta Dynasty?

Architecture reached a milestone in the Dravidian style, the finest example of which is seen in the Kailasanatha Temple at Ellora in modern Maharashtra. Other important contributions are the Kashivishvanatha temple and the Jain Narayana temple at Pattadakal in modern Karnataka, both of which are UNESCO World Heritage Sites.