On 29 March 1857, Mangal Pandey, a sepoy of the 34th Bengal Native Infantry (BNI) mutinied against his commanding officers of the East India Company. This event and Pandey’s subsequent punishment led to more resentment among the sepoys of the Bengal Army ultimately aiding in the Revolt of 1857.

This incident is an important event in modern Indian history because it ignited what eventually came to be called the first war of Indian independence. As IAS exams aspirants, you must be aware of the background and the impact of this act of rebellion by Mangal Pandey.

You can also download important modern history notes from the links below: 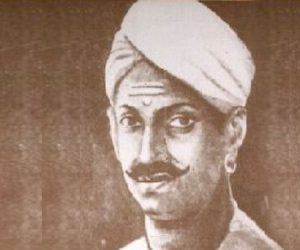 Questions related to the Revolt Mangal Pandey for UPSC

What role did Mangal Pandey play in the revolt?

Mangal Pandey stood up against the rule of British Army. He was the main trigger to the 1857 revolt. He reacted against the cartridges of the Enfield P-53 rifles and other adversaries faced by the Indian sepoys.

Where did Mangal Pandey lead the revolt of 1857?

1869: Birth of Sir Edwin Lutyens, architect of the Rashtrapati Bhavan, the Parliament of India and many other structures.
1943: Death of civil rights activist from Odisha, Laxman Nayak.
1999: A terrible earthquake hits Chamoli in Uttar Pradesh killing 103 people.