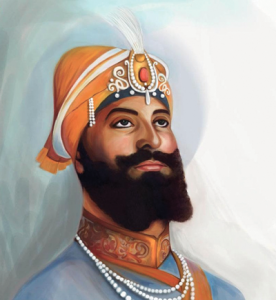 On 7 October 1708, Guru Gobind Singh died of wounds inflicted when an assassin stabbed him. He was the last Sikh Guru.