In Ancient India, the Gupta Dynasty ruled the mid-to-late 3rd century (approximately) to 543 AD. Founded by Sri Gupta, the dynasty rose to fame with rulers like Chandragupta-I, Samudragupta, etc. An important topic in the History syllabus, it is also important for the IAS Exam. This article will provide you with useful notes on the Gupta Empire. These notes will also be useful for other competitive exams like banking PO, SSC, state civil services exams, and so on.

Civil services aspirants can also refer to articles related to the Gupta Empire from the links mentioned in the table below: 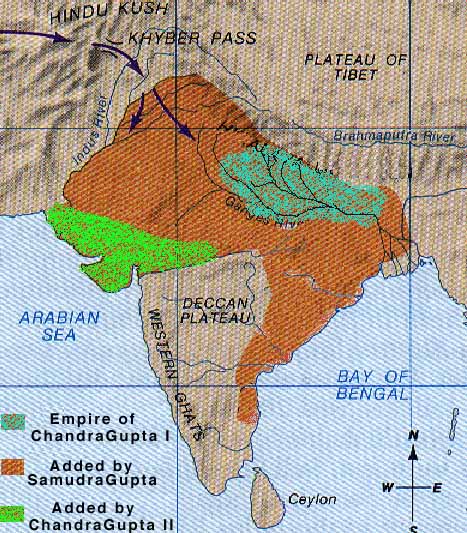 The decline of the Mauryan empire resulted in the rise of two major political powers – the Kushanas and the Satavahanas in the north and south respectively. Both these empires brought political unity and economic growth in their respective areas. The Kushan reign in north India came to an end around c.230 CE and then a good part of central India came under the domain of the Murundas (possible kinsmen of the Kushanas).

The Murundas ruled for only 25 – 30 years. Around the last decade of the 3rd century CE (about  275 CE), the dynasty of the Guptas came to power. The Gupta empire established its control over a good part of the former dominions of both the Kushanas and the Satavahanas. The Guptas (possibly Vaishyas) kept northern India politically united for more than a century (335 CE- 455 CE).

A brief about the kings of the Gupta dynasty is given in the table below:

Given below is the video curated by experts in line with the CSE Syllabus, based on the rise of Gupta Empire in the country. Candidates can get detailed information about the Gupta period by referring to the vide given below: 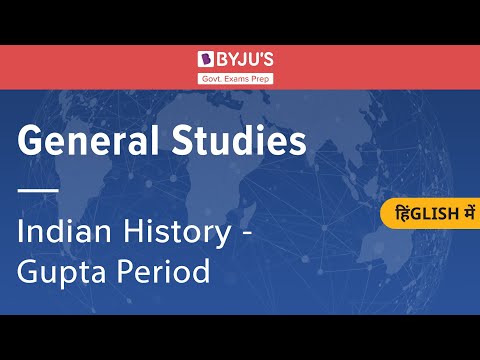 The various reasons that led to the fall of the Gupta empire are discussed below:

The Gupta prince Skandagupta fought bravely and successfully against the early Huns’ invasion. However, his successors proved to be weak and could not check the Huns’ invasion. The Huns showed excellent horsemanship and were expert archers which helped them to attain success, not only in Iran but also in India. In the latter half of the 5th century, the Hun chief Toramana conquered large parts of western India, up to Eran near Bhopal in central India. By 485 CE, Huns had occupied Punjab, Rajasthan, Kashmir, eastern Malwa and a large part of central India. Toramana (in 515 CE) was succeeded by his son Mihirkula, who was a tyrant ruler as is mentioned in the Rajatarangini by Kalhana and Hieun-Tsang refers to him as a persecutor of Buddhists. Mihirkula was defeated and the Huna power was overthrown by Yashodharman of Malwa, Narasimha Gupta Baladitya of the Gupta empire and the Maukharis. However, this win over Huns could not revive the Gupta empire.

The rise of feudatories was another factor that led to the fall of the Gupta empire. Yashodharman of Malwa (belonged to the Aulikara feudatory family) after defeating Mihirkula successfully challenged the authority of the Guptas and set up, in 532 CE, pillars of victory commemorating his conquest of almost the whole of northern India. Although Yashodharman’s rule was short-lived, it certainly gave a huge blow to the Gupta empire. The other feudatories too rose in rebellion against the Guptas and ultimately became independent in Bihar, Bengal, Madhya Pradesh, Valabhi, Gujarat, Malwa and so on. It is important to mention that after the reign of Skandagupta (467 CE) hardly any coin or inscription has been found in western Malwa and Saurashtra.

By the end of the 5th century, the Guptas had lost western India and this must have deprived the Guptas of the rich revenues from trade and commerce and hence crippled them economically. The economic decline of the Guptas is indicated by the gold coins of later Gupta rulers, which have less percentage of gold metal. The practice of land grants for religious and other purposes also reduced the revenues which resulted in economic instability.

The fall of the Gupta empire led to the emergence of numerous ruling dynasties in different parts of northern India e.g, Pushyabhutis of Thanesar, Maukharies of Kannauj and the Maitrakas of Valabhi. In peninsular India, the Chalukyas and the Pallavas emerged as the strong powers in Deccan and northern Tamil Nadu respectively.
Get UPSC exam details related to the post Gupta period, curated by experts for the reference of IAS aspirants at the video given below: 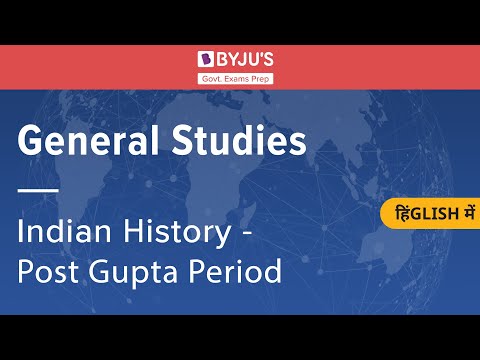 Take inspiration and get motivated from the success stories of previous year IAS topper at the linked article.