DRDO stands for Defence Research and Development Organisation. It was established in 1958 by the Government of India, under the Ministry of Defence (Raksha Mantralay).

Defence is an important and dynamic segment in the UPSC Syllabus. Since DRDO plays a major part in the country’s defence mechanism, it is a very significant topic for IAS aspirants. The Commission has asked several questions related to missile launches, its types, etc. To tackle such factual questions in the UPSC Prelims, it is essential to know several facts and figures related to the topic.

DRDO Latest Update –
The ‘Sindhu Netra’ satellite developed by Defence Research and Development Organisation (DRDO) was successfully deployed in space on February 28th, 2021. The satellite aims to boost the country’s surveillance capabilities to monitor the activities of both military warships and merchant shipping in the Indian Ocean Region (IOR). The satellite was launched using the Indian Space Research Organisation’s PSLV-C51 which took off from the Satish Dhawan Space Centre in Sriharikota in Andhra Pradesh. 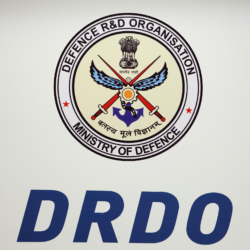 Established in 1958 by the Government of India, it was instituted by combining three major defence organisations namely:

With a project in 1960 on Surface-to-Air Missiles (SAM), the Project Indigo was the DRDO’s first major defence project. This project was discontinued without any success.

DRDO started with just 10 different laboratories in the country and now haw has more than 50 labs across the nation researching in different sectors of technology and defence.

Find all the laboratories that are administered by the Defence Research and Development Organisation below.

One of Dr. APJ Abdul Kalam’s major works was the Integrated Guided-Missile Development Programme. The intention behind this innovation was to make Indian defence forces self-sufficient in the field of missile technology.

After the approval of IGMDP in 1983 from the Indian Government, DRDO brought together the country’s scientific community, academic institutions, R&D laboratories, industries and the three defence services in giving shape to the strategic, indigenous missile systems.

After the launch of Agni-III in 2008, the IGMDP announced its successful completion and declared India as a self-reliant country in the field of missile technology.

The Pune-based R&DE Lab of DRDO has developed a smart robust robot to handle land mines and Inert Explosive Devices (IEDs) which will help the Indian Armed Forces to disarm them from far distances despite hostile surroundings. This robot, named Mobile Autonomous Robot System (MARS), was developed by the Electro-Mechanical Systems Group of the R&DE Lab.

The R&DE will transfer the technology of MARS to the industry for manufacturing.

The major challenges faced by DRDO are briefly described below.

What is the role of DRDO?

Who can apply for DRDO?

Where is DRDO India?