5. How can homeless get Aadhaar, asks Supreme Court

The National Medical Commission Bill was referred by the Lok Sabha to a Parliamentary Standing Committee for a re-look after countrywide protests by the Indian Medical Association, the Bill.

The issues with Medical education

The problems of MCI

How different is National Medical Commission from MCI ?

What are the issues with new body?

Independence of the body

Is training of non-doctors a good idea?

1. India, ASEAN to focus on maritime security during summit

2. China to fund base in Afghanistan

Reasons for the increase in case:

Measures need to be adopted:

1. Cabinet eases norms to allow foreign investment up to 49% in Air India

The Socio Economic and Caste Census (SECC) informed us that ‘landlessness and dependence on manual casual labour for a livelihood are key deprivations facing rural families’, which make them far more vulnerable to impoverishment.

The more the number of parameters on which a household is deprived, the worse its extent of poverty. Nearly 30% have two deprivations, 13% have three. Only 0.01% suffer from all seven handicaps.

Landlessness is a common indicator

Shift from Agriculture to Non-agricultural incomes

Construction is the main activity absorbing poorly educated rural labour in the rural and urban areas. These workers are characterised by very low levels of education.

What is the impact of slowdown in construction sector?

Steps taken by the Government

Who was Har Gobind Khorana?

What were his contributions to biology?

What was his connection with India?

Khorana was born in 1922 in Raipur, a village in Punjab now part of Pakistan. He lived in India until 1945, when the award of a Government of India Fellowship made it possible for him to go to England for a PhD at the University of Liverpool. Khorana became a naturalised U.S. citizen in 1966.

Choose the correct statement/s from the options given below 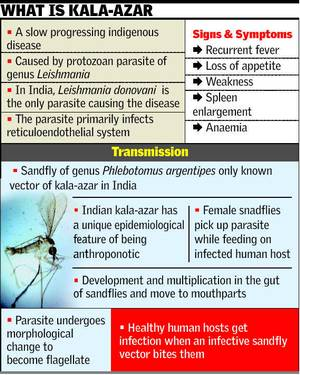 Choose the correct statement/s from the options given below

Celebes crested macaque under serious threat cause of habitat loss and hunting.
The macaques and some other animals at the market are protected by Indonesian law but trade in exotic creatures is still thriving.
It has been classified as critically endangered under IUCN’s Red Data Book.