Overall, using data from the Demographic Health Survey (DHS) and National Family Health Survey (NFHS), the Survey states that over the last 10-15 years, India’s performance has improved on 14 out of 17 indicators of women’s agency, attitudes, and outcomes.

What does the Survey Say?

The Survey pointed out that India’s housing requirements are complex and policies have mostly “focused on building more homes and on homeownership. So it wants a more holistic approach that takes into account rentals and vacancy rates.

What did it tell? 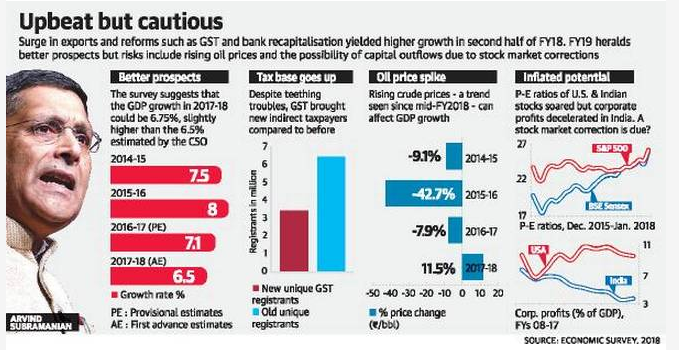 What needs to be done by the Govt?

What did Survey Say?

4. Indian economy is getting formalised

What does such an overdue shift to formal economic activity potentially mean?

The Indian nation state sits on a very weak fiscal base. It is neither able to invest in national security or provide public goods or create a social security system without running up destabilizing fiscal deficits.