The U.S. President Joe Biden officially recognised one of the worst incidents of violent racial hate in the country’s modern history — the Tulsa Race Massacre of May-June 1921.

Palestine has expressed concern on India’s abstention on a resolution in the United Nations Human Rights Council (UNHRC) to set up a permanent commission to probe abuses in Occupied Palestinian Territory including East Jerusalem and in Israel.

The Delhi High Court has termed the petition filed by actor Juhi Chawla against the roll-out of 5G technology in India as defective and done for media publicity.

What is 5G technology, and how is it different?

Arguments against the claims:

The Indian Sugar Mills’ Association (ISMA) has said that to achieve the target of 8­8.5% ethanol blending, it is important to increase the blending level to at least 12% in surplus States and adjoining ones.

Economic disruption and its impact:

Base erosion and profit shifting:

Read more on Base erosion and profit shifting (BEPS) in the linked article.

Addressing tax challenges posed by digitalization of the economy:

For information on global minimum corporate tax refer to:

Against the autonomy of nations:

Scope for disagreements and implications:

1. The surprise visitor in Walong

The rare subspecies of the male Koklass pheasant called the Pucrasia macrolopha meyeri has been photographed for the first time in India. 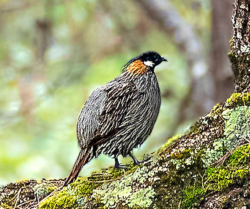 Other rare sightings in the Northeast: