1. End of celebrations with party poppers

1. Soon, you can make calls, browse while flying in India 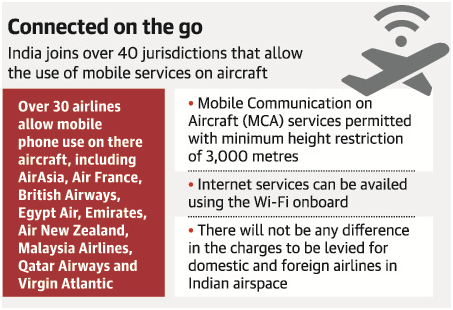 1. Power drive: on the quest to achieve full electrification

Millions of homes still lack this vital resource in India.

Challenges to improve the service

A comprehensive short-term policy, which includes adjustments of pattern of production, marketing and excise duty on cotton textiles, was announced by the Commerce Minister.

The GOBAR-DHAN Scheme aims to positively impact village cleanliness and generate wealth and energy from cattle and organic waste. It also aims at creating new rural livelihood opportunities and enhancing income for farmers and other rural people. Under it, villagers will be mobilized to create self-help groups (SHGs) and creative societies that will help in clean energy and green jobs initiative.

The scheme focuses on managing and converting cattle dung and solid waste in farms to useful compost, biogas and bio-CNG, thus keeping villages clean, increasing income of rural households and generation of energy from cattle waste. It is an important element of ODF-plus strategy under Swachh Bharat Mission (Gramin). The scheme envisages implementation of 700 bio-gas units in different states of the country in 2018-19.

Pradhan Mantri Sahaj Bijli Har Ghar Yojana –“Saubhagya” is a scheme to ensure electrification of all willing households in the country in rural as well as urban areas.

The objective of the ‘Saubhagya’ is to provide energy access to all by last mile connectivity and electricity connections to all remaining un-electrified households in rural as well as urban areas to achieve universal household electrification in the country.

Beneficiaries of the project

Pravasi Bharatiya Divas is celebrated every year in India on 9 January. The day also commemorates return of father of nation Mahatma Gandhi from South Africa in Mumbai (then Bombay) on January 9, 1915. The day is celebrated to mark contribution of overseas Indian community to the development of India.

The day was formally established in 2003. Celebrations of the day are sponsored by Ministry of Overseas Indian Affairs and Federation of Indian Chambers of Commerce and Industry (FICCI), Confederation of Indian Industry (CII). The 14th Pravasi Bharatiya Diwas was held in Bengaluru (Karnataka) with theme “Redefining Engagement with the Indian Diaspora”.