The point is that as a nation, our people, our political leadership and our policy planners need to act now.

1. WHO launches ‘REPLACE’ to eliminate trans-fat in foods

REPLACE, which is an acronym for Review, Promote, Legislate, Assess, Create and Enforce, is the first global initiative to eliminate a risk factor for cardiovascular disease.

1. Ex-diplomat gets 3 years’ jail for leaking info to ISI 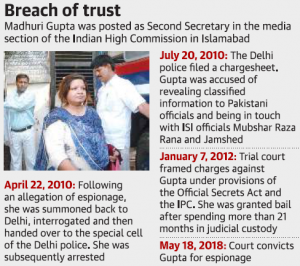 occurrence and regeneration of the plant

Orange and Vaal flow from Drakensburg to Atlantic Ocean.

The incorrect code is:

The correct code is

General Studies I
1. Our people, our political leadership, and our policy planners need to act now to prevent urban migration. What are the various issues this could give rise to and how can it be addressed?
General Studies II
2. The REPLACE initiative of WHO helps in solving the issue of Trans fat. Explain.