India will join the Regional Comprehensive Economic Partnership (RCEP) countries in discussing the e-commerce chapter of the RCEP agreement.

India has moved down 10 places to rank 68th on the annual global competitiveness index.

1. Chemistry Nobel to trio for work on batteries

Three scientists have won the Nobel Prize in Chemistry for their work developing lithium-ion batteries. 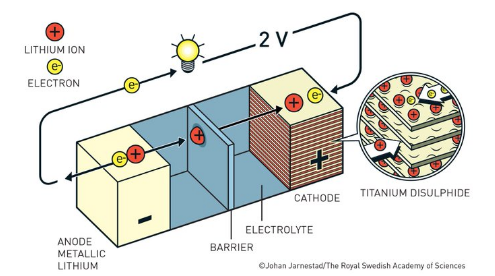 A recent study has found that roadkills on the proposed alternative to NH 766 route are one of the highest in the country.

1. Affirmative Action (AA) at the crossroads

How Harvard decides on the quota?

Other methods of college admissions unchallenged

Some of these forces have been pushing both countries towards competition and some impelling them towards cooperation and collaboration.

While all three factors contributed to the complexity of India-China relations in the period leading up to 2017, the region became the main arena of interaction, with both sides adopting antagonistic approaches and strategies.

But Ankara, increasingly unnerved by the Kurdish presence near its border, has long accused Washington of taking “too long” to act on the security deal, and Erdogan announced an imminent “air and ground” operation to clear the border region of “terrorists”.

What Turkey intends to do? 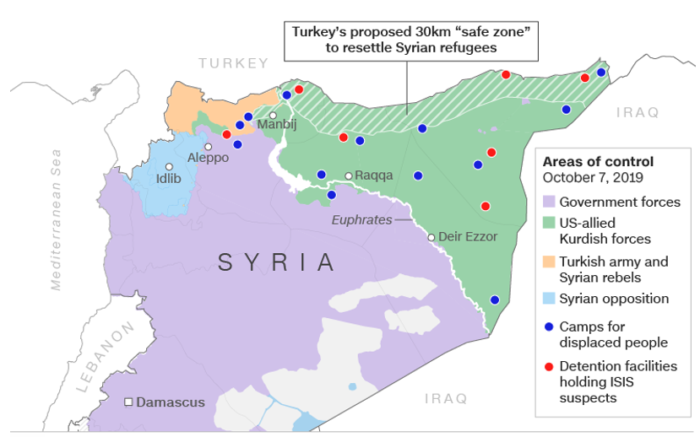 Why American withdrawal is advantage Turkey and disadvantage Kurds?

The U.S. withdrawing troops is not the problem. The problem is the way in which it is abruptly disengaging itself and the potential consequences.

This will lead to more destruction and chaos in the region with the untimely exit as IS cadres will now be activated.

1. For a happy childhood

Minimum wages are neither a dole nor an act of charity. They are a legal mandate that are arrived at by calculating the minimal nutritional requirement and basic needs of an individual.

Indices are (weighted) averages of the prices of a basket of goods consumed and the index must be based on the main items of consumption for rural households.

The topic has been covered in detail in 9th October PIB Summary and Analysis. Click here to read.

The first-ever Comprehensive National Nutrition Survey (CNNS) has been conducted by the Ministry of Health and Family Welfare and the United Nations Children Fund (UNICEF). Comprehensive National Nutrition Survey (CNNS) is a cross-sectional, household survey covering more than 1,20,000 children and adolescents in both urban and rural areas across India. The CNNS included three population groups – pre-schoolers 0-4 years, school-age children 5-9 years, and adolescents 10-19 years – in rural and urban areas.

HIF, or hypoxia-inducible factor, is a protein that increases inside the cell when the oxygen levels fall, helping the cell survive. Hypoxia inducible factor, regulates production of red blood cells. When the level of oxygen in the cells drops, HIF in the cells increases. Hypoxia – Inducible Factors increases the activity of gene that are used in production of Erythropoietin Hormone. This increases the production of RBC. Hence, the research aids in treating anemia and cancer by controlling RBC growth. The recipients of 2019 Nobel Prize for Medicine won for their pioneering research into how the cells sense and adapt to low oxygen conditions. i.e, research on HIF got the 2019 Nobel Prize in Physiology.