The Union Cabinet chaired by the Prime Minister Shri Narendra Modi has been apprised of the progress under the National Health Mission (NHM).

The Union Cabinet has given ex-post facto approval for the MoUs between India and foreign broadcasters in the field of radio and television.

The Union Cabinet has approved the relaxation of the mandatory requirement of Aadhaar Seeded data as a pre-condition for release of funds to the beneficiaries under the Pradhan Mantri KisanSamman Nidhi (PM-Kisan) scheme.

The first-ever ‘India International Cooperatives Trade Fair’ will be held in October 2019 at New Delhi.

The Government launched the Gagan Enabled Mariner’s Instrument for Navigation and Information (GEMINI) device, which is a low-cost device for ocean states forecast and mapping potential fishing zones.

Limitations of the old system:

About the GAGAN satellite:

The Department of Empowerment of Persons with Disabilities (DEPwD), Ministry of Social Justice & Empowerment is observing the “World Mental Health Day” on 10th October, 2019.

About the World Mental Health Day:

About the WHO 13th General Programme of Work (GPW13): 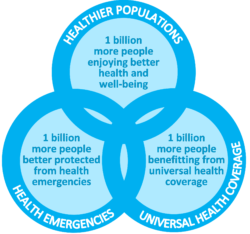