According to the India Meteorological Department (IMD), Supercyclone ‘Kyarr’, in the Arabian Sea has moved westwards and away from India’s coast.

What is a Tropical Cyclone?

How are Cyclones formed?

Tropical cyclones require certain conditions for their formation.
These are as follows:

Following a study conducted in 36 countries, the World Health Organisation (WHO) has warned that unwanted pregnancies may lead to a wide range of health risks for the mother and child.

1. After Manipur, Arunachal wants to be kept out of Naga peace deal

The Issue has been covered in 27th October Comprehensive News Analysis. Click Here to read.

This issue has been covered in 16th September 2019 Comprehensive News Analysis. Click here to read.

1. ‘Ambiguity in policy to be blamed for SC order on AGR’

The Supreme Court recently upheld the government’s contention that non-core revenue in telecom groups should be included in adjusted gross revenue (AGR) — the figure on which statutory levies are charged.

This issue has been covered in 25th October 2019 Comprehensive News Analysis. Click Here to read.

1. Vaping is injurious to health

1604 cases of severe lung illness and 34 confirmed deaths associated with vaping have been confirmed in the United States. While the investigation on the harmful effects of vaping products continues, several reports provide the much needed evidence to prove previous doubts regarding the safety of E-cigarettes.

1. The many gaps in NCRB data

After a delay of 2 years, the National Crime Records Bureau (NCRB) has published the annual ‘Crimes in India Report- 2017’.

More info on NCRB and the Crimes in India report 2017 refer:

Abu Bakr al-Baghdadi, the founder-leader of the Islamic State(IS) was killed in a night raid by U.S. Special Forces in northwest Syria.

The State of Jammu and Kashmir will transition into two Union Territories of J&K and Ladakh on October 31, 2019 and the process will begin with the swearing-in of the two newly appointed Lieutenant-Governors in Srinagar and Leh, respectively.

Union Minister of State (independent charge) Housing and Urban Affairs has said that the second round of the Centre’s flagship urban development schemes — the Smart Cities Mission and the Atal Mission for Rejuvenation and Urban Transformation (AMRUT) — are being considered and could be rolled out in 2020.

National Air Quality Index (AQI) was launched in 2014 to disseminate information on air quality in an easily understandable form for the general public. AQI has six categories of air quality. These are: Good, Satisfactory, Moderately Polluted, Poor, Very Poor and Severe. The measurement of air quality is based on eight pollutants, namely:

Eight countries in the Indian Ocean Region – Bangladesh, India, Maldives, Myanmar, Oman, Pakistan, Sri Lanka and Thailand – have all contributed a set of names which are assigned sequentially whenever a cyclonic storm develops. The names recommended by the 8 countries have been listed below.

The Smart Cities Mission is an urban renewal and retrofitting mission undertaken by the Urban Development Ministry. Under smart cities initiative, focus will be on core infrastructure services like: Adequate and clean Water supply, Sanitation and Solid Waste Management, Efficient Urban Mobility and Public Transportation, Affordable housing for the poor, power supply, robust IT connectivity, Governance, especially e-governance and citizen participation, safety and security of citizens, health and education and sustainable urban environment. The Smart City Mission is being operated as a Centrally Sponsored Scheme (CSS). It works in partnership with the state governments. The implementation of the Mission at the City level will be done by a Special Purpose Vehicle (SPV) created for the purpose. The SPV will plan, appraise, approve, release funds, implement, manage, operate, monitor and evaluate the Smart City development projects. Each smart city will have an SPV. 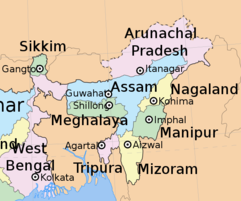