The Union Cabinet has approved a ban on e-cigarettes, citing the need to take early action to protect public health. 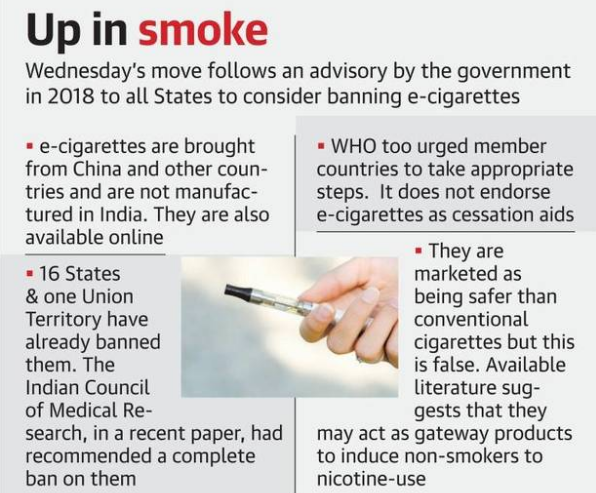 This issue has been comprehensively covered in BYJU’S Comprehensive News Analysis under GS Paper 2 – Health on 12th September 2019. Click here to read.

2. Two out of three child deaths due to malnutrition: report

Malnutrition continues to be the leading cause for death among Indian children under the age of five, according to a study led by the Indian Council of Medical Research (ICMR).

The Supreme Court has reserved orders on a review petition filed by the government against a March 20, 2018 judgment allowing anticipatory bail to persons accused of committing atrocities on Scheduled Castes and Scheduled Tribes.

This issue has been comprehensively covered in BYJU’S Comprehensive News Analysis under GS Paper 2 – Polity and Governance on 14th September 2019. Click here to read.

Ledum in East Siang district had prescribed penalties for roaming pigs and cows, which has transformed the dirty village.

Genes from genetically-modified Aedes aegypti mosquito were found to have been transferred to naturally-occurring A. aegypti mosquito population in three areas in Brazil where transgenic mosquitoes were released.

What are transgenic mosquitoes?

After mandating banks to implement external benchmarking for retail loan pricing, the Reserve Bank is currently looking at the loan pricing regime of non-banking finance companies to make the practice more transparent.

2. India is the top source of immigrants across the globe

India has emerged as the leading country of origin for immigrants across the world.

The statement added that further, forced displacements continue to rise, with the number of refugees and asylum seekers increased by about 13 million from 2010 to 2017. 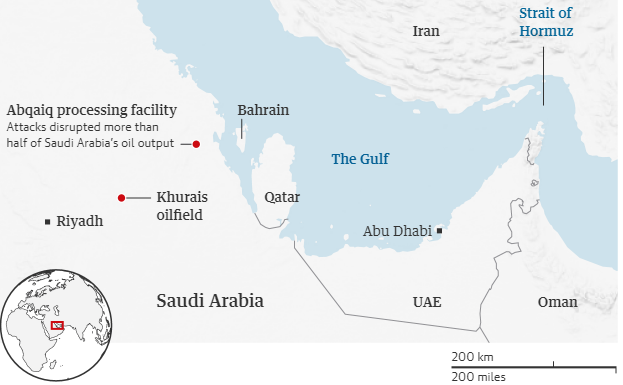 What has been the impact on oil?

The fact that it can be severely disrupted is a sign that the world’s energy infrastructure is more vulnerable than previously believed, and considered a legitimate target.

How are the regional actors aligned? 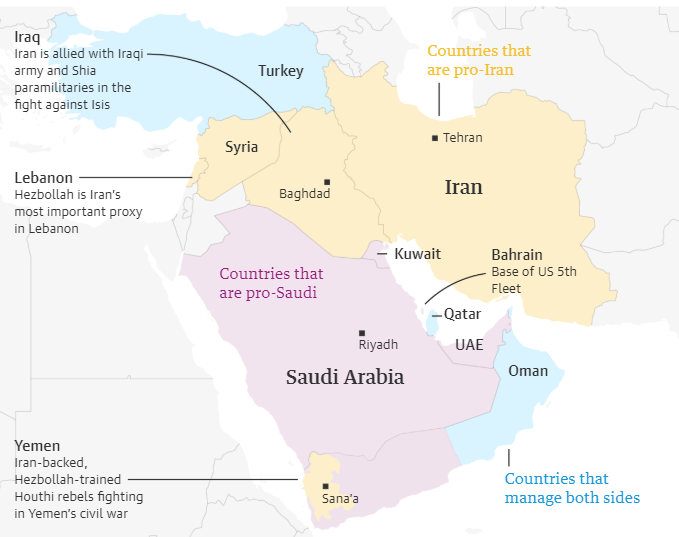 Mr. Trump should have followed the policy initiated by Obama, force Iran to restrain itself through engagement and promote a new equilibrium in the region.

2. The Taliban problem: On the Afghan crisis

Please refer the link to read about this topic:

Under the editorial section:

Trump’s peace negotiation with the Taliban.

Please refer the link to read about this topic:

Under the editorial section:

2. SBI’s teaser loan plan may not find favour with the RBI

3. Kandhamal tops the list for institutional deliveries in Odisha

Non-Banking Financial Companies are regulated by different regulators such as RBI, SEBI, National Housing Bank etc. NBFC cannot accept demand deposits. It does not form part of the payment and settlement system and cannot issue cheques drawn on itself; deposit insurance facility of Deposit Insurance and Credit Guarantee Corporation is not available to depositors of NBFCs, unlike in case of banks.

Aedes aegypti mosquitoes are responsible for transmitting dengue, chikungunya and Zika virus. It is a genus of mosquitoes originally found in tropical and subtropical zones, but now found on all continents except Antarctica. Malaria is caused by a one-celled parasite called a Plasmodium. Female Anopheles mosquitoes pick up the parasite from infected people when they bite to obtain blood needed to nurture their eggs.

All the statements are correct. Adi tribe is one of the prominent communities that cover the central part of Arunachal Pradesh.  The prime festivals of the tribe are Aran, Solung and Etor. The Aran festival is celebrated during March of every year and rodent trapping is the main activity of the festival. It helps in controlling the rodents before growing the main crop of rice, side by side they have got ethnical importance being the exchangeable gift item during the engagement of bride and groom. The rodent meat is used during the worship of various benevolent god, goddess, deities and spirits for the well-being of human kind.

The marginal cost of fund based lending rate (MCLR) is the minimum interest rate that a bank can lend at. MCLR is a tenor-linked internal benchmark which means that the rate is determined internally by the bank.