The Supreme Court has highlighted the failure of governments to heed Article 44 of the Constitution to promulgate a Uniform Civil Code (UCC) for the entire country despite it being 63 years since the codification of Hindu law in 1956.

What is Uniform Civil Code? 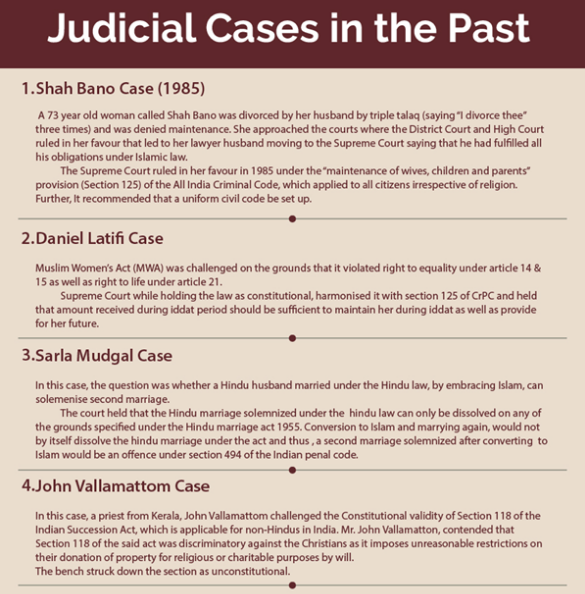 The Supreme Court has referred a review petition filed by the government against a March 20, 2018 judgment of the court which had virtually diluted provisions of arrest under the SC/ST Act to a three-judge Bench.

Why did the Government amended the 1989 Act back to its original form?

A two-week-long United Nations-led Conference to Combat Desertification (UNCCD) ended with a commitment to achieve land degradation neutrality by 2030.

The topic on U.N meeting on desertification has been comprehensively covered on 13th September 2019 CNA. To read more about the recent United Nations-led Conference to Combat Desertification Click here

The naval variant of the Light Combat Aircraft (LCA) Tejas has made a successful short arrested landing on the Shore Based Test Facility (SBTF) in Goa.

Similar examples from the past

Considering the long history of illegal political banners and religious displays, often involving theft of electricity, the court can bring about compliance with the law through a special panel, similar to the Supreme Court’s committee on road safety headed by a retired judge.

1. Odd-even scheme back in Delhi from November 4-15

3. Army to get indigenous tank ammunition

India has adopted the following from the constitution of Ireland: