How will ACCC help?

What are the reasons for replacement of PM?

1. Robot trucks to help airlines save on ATF 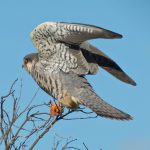 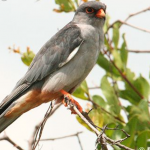 Role of CVC with respect to CBI

Hawala Case judgement: The landmark verdict of SC on CVC

What are the Transfer rules?

How does this affect the normal life in Srilanka?

The Swachh Nyayalaya project will be undertaken by NITI Aayog and the Union Ministry of Drinking Water and Sanitation along with the Department of Justice. The Supreme Court will oversee the same.

The project involves a clean-up of all court rooms and buildings and facilitation of amenities like house-keeping, which will take care of cleanliness, white-washing, renovations etc. The Public Works Departments of states have been called upon to ensure the same.

Given the space crunch that is characteristic of most court rooms, the project will also involve weeding out of unnecessary case files.

The Taxibot is a semi-robotic towbarless aircraft tractor developed by the Lahav Division of Israel Aerospace Industries. The tractor can tow an aircraft from the terminal gate to the take-off point (taxi-out phase) and return it to the gate after landing (taxi-in phase).

The TaxiBot eliminates the use of airplane engines during taxi-in and until immediately prior to take-off during taxi-out, significantly reducing aircraft fuel usage and the risk of foreign object damage.

The TaxiBot is controlled by the pilot from the cockpit using the regular pilot controls.

Aviation fuel is the fuel used to power aircraft in flight. It must satisfy the unique requirements of both the engine and the airframe of the aircraft.

Currently the great majority (more than 99%) of aviation fuel used in both civil and military aircraft is jet fuel.

Aviation fuel is a specialized type of petroleum-based fuel used to power aircraft.