Banks restored to health for lending: 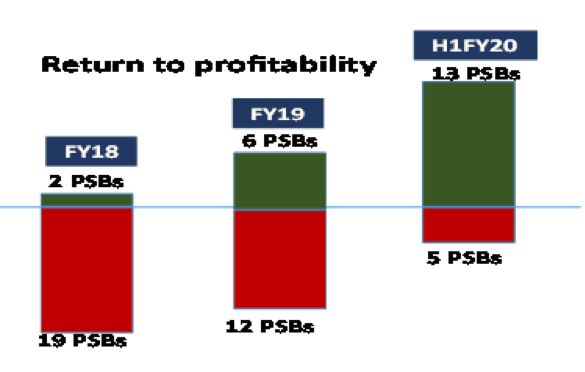 Bankers were assured that prudent commercial decision-making would be protected. It was decided that:

Banks were also advised to ensure rigour and adherence to objective standards in selection of forensic auditors and devising objective SOPs for the carrying out of forensic audit. To this end, the Indian Banks’ Association was requested to—

The provision coverage ratio (PCR) gives an indication of the provision made against bad loans from the profit generated. Higher the PCR, lower is the unexposed part of the bad debts.

An asset (loan and advances of the bank) becomes non-performing asset (NPA) when it ceases to generate income for the bank. Most loans allow customers a certain grace period. Then they are marked overdue. After a certain number of days, the loan is classified as an NPA.