The Social Media Platforms and Internet and Mobile Association of India (IAMAI), presented a “Voluntary Code of Ethics for the General Election 2019” to Election Commission. The Code of Ethics has been developed as a follow up to the meeting with IAMAI and representatives of Social Media Platforms including Facebook, WhatsApp, Twitter, Google, ShareChat and TikTok etc with the election commission.

Sr. Deputy Election Commissioner Umesh Sinha committee had set up to review and suggest modifications and changes in the provisions of Section 126 and other sections of the Representation of the People Act 1951, provisions of Model Code of Conduct and any other ECI instruction in this regard.

Induction of Indigenous Bridge in Corps of Engineers

The ships of First Training Squadron of Indian Navy (Sujata, Sarathi and Shardul) operating in the Southern Indian Ocean were diverted to Port Beira, Mozambique based on request received from the Government of Mozambique to provide Humanitarian Assistance and Disaster Relief (HADR) to the local population post the devastation caused by cyclone ‘IDAI’ which struck the coast of Mozambique on 15 Mar 19. 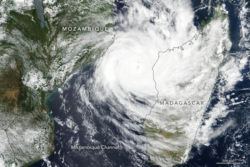 Intense Category 3 Tropical Cyclone IDAI is regarded as one of the worst tropical cyclones on record to affect Africa and the Southern Hemisphere as a whole. The storm caused catastrophic damage in multiple nations, leaving more than 400 people dead and hundreds more missing.

Tropical cyclones that occur within the Southern Hemisphere to the east of 90°E officially use the Australian tropical cyclone intensity scale. Any tropical cyclone that develops within the North Indian Ocean between 100°E and 45°E is monitored by the India Meteorological Department use the following scale. 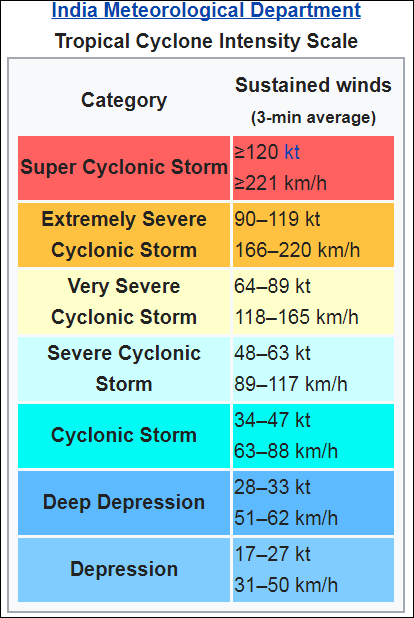 Tropical cyclones that occur within the Northern Hemisphere to the east of the anti-meridian, are officially monitored by either the National Hurricane Center or the Central Pacific Hurricane Center. And uses the Saffir-Simpson scale.

Tropical cyclones that occur within the Northern Hemisphere between the anti-meridian and 100°E, are officially monitored by the Japan Meteorological Agency.