In order to understand the hybridization of CH4 (methane), we have to take a look at the atomic orbitals which are of different shape and energy that take part in the process. The type of hybridization involved with CH4 is sp3. We will discuss in detail how this hybridization occurs below.

What is the Hybridization of Methane?

When we talk about CH4 it is basically a combination of 1 carbon and 4 hydrogen atoms. However, to form this compound the central atom carbon which has 4 valence electrons obtain more electrons from 4 hydrogen atoms to complete its octet. When the electrons are shared between carbon and hydrogen there is a formation of a covalent bond or bonds to be more accurate. 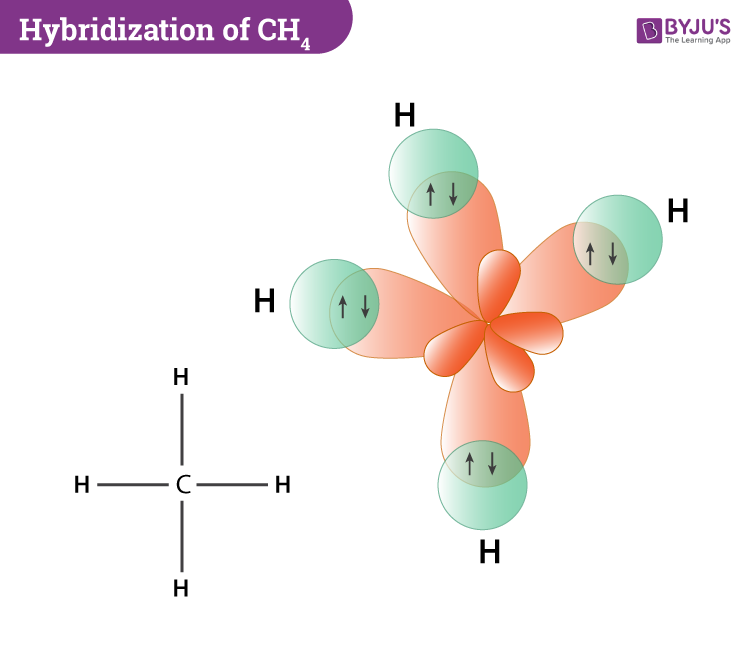 We have already discussed the bond formation and hybridization process above. Determining CH4 molecular geometry should be easier. In methane, the four hybrid orbitals are located in such a manner so as to decrease the force of repulsion between them. Nonetheless, the four orbitals do repel each other and get placed at the corners of a tetrahedron. CH4 has a tetrahedral shape. The sp3 hybrid orbitals have a bond angle of 109.5o.

Test your knowledge on Hybridization Of Ch4
Q5