Segment and Area of a Segment Of Circle

In this article, we shall discuss in detail the segment and area of a segment of a circle and all related theorems with proof.

Segment of a Circle Definition

A segment of a circle can be defined as a region bounded by a chord and a corresponding arc lying between the chord’s endpoints. In other words, a circular segment is a region of a circle which is created by breaking apart from the rest of the circle through a secant or a chord. We can also define segments as the parts that are divided by the circle’s arc and connected through a chord by the endpoints of the arc. It is to be noted that the segments do not contain the center point.

Types of Segments in a Circle 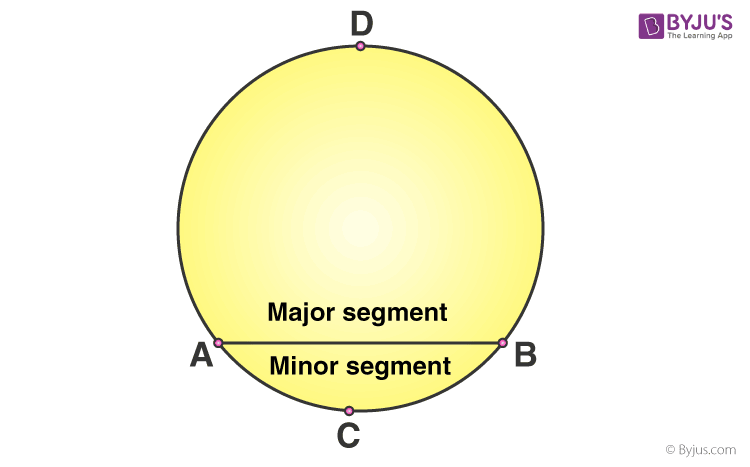 Area of a Segment of a Circle Formula 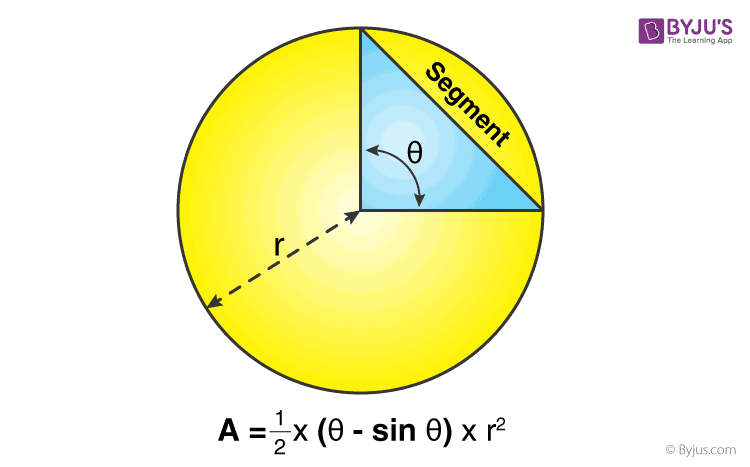 Area of a Segment of a Circle Formula

How to Calculate the Area of Segment of Circle? 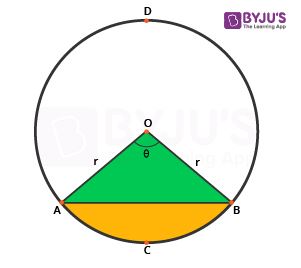 Figure 1: Segment of a Circle Derivation

In fig. 1, if ∠AOB = θ (in degrees), then the area of the sector AOBC (A sector AOBC) is given by the formula;

The area of ΔAOB can be calculated in two steps, As shown in fig. 2,

Calculate the height of ΔAOB i.e. OP using Pythagoras theorem as given below:

Calculate the area of ∆AOB using the formula:

Now, substituting the values in the area of segment formula, the area can be calculated. 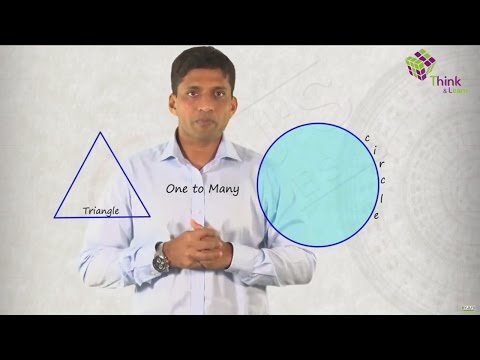 Theorems on Segment of a Circle

There are two main theorems based on a circle’s segments which are:

Statement: The inscribed angle theorem states that an angle θ inscribed in a circle is half of the central angle 2θ that subtends the same arc on the circle. 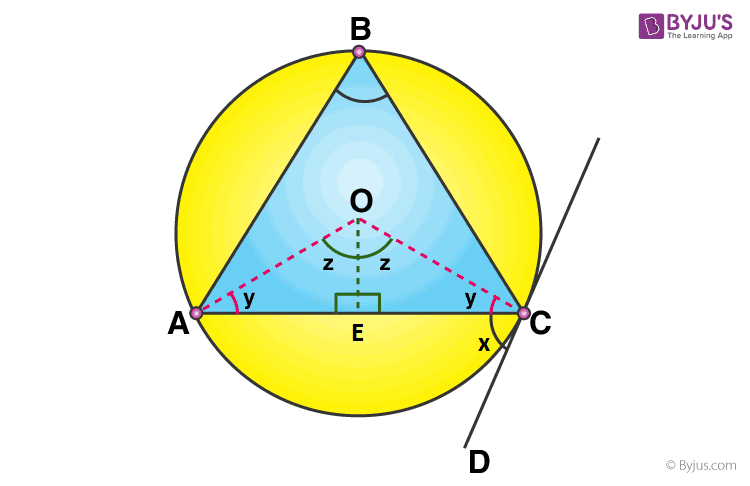 Consider the alternate angle ACD (as x) is equal to the angle ABC is shown on the other side of the chord, where DC is the tangent to the circle.

Triangle ABC has points A, B and C on the circumference of a circle with centre O. Join OA and OC to form triangle AOC.

We know that tangent to a circle is at a right angle to the radius of a circle,

Bisect the triangle AOC from the point O, then the triangle formed is a right-angled triangle at E. Let the bisected angle be z.

Equating equation (i) and (ii), we have

Statement: Angles which are in the same segment are equal, i.e. angles subtended (made) by the same arc at the circumference are equal.

Construction: Join O to A and C. 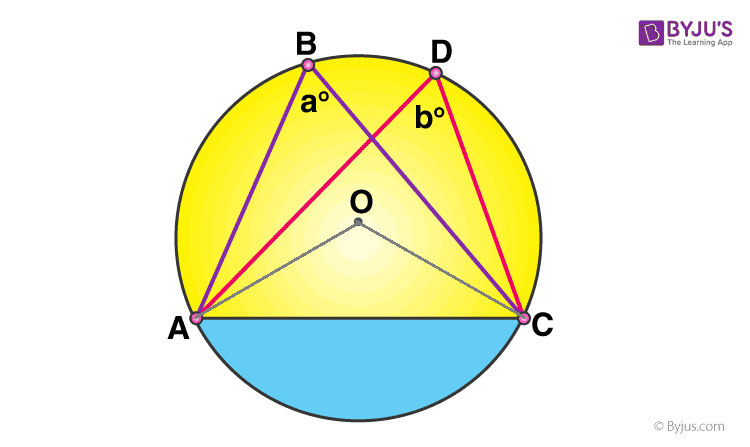 From Theorem 1, we have

Note: Check out more circle theorems and their converses here.

Example Question Based on Segment Formula

What is the area of the segment corresponding to the arc subtending an angle of 60° at the centre of a circle with radius 6 cm? 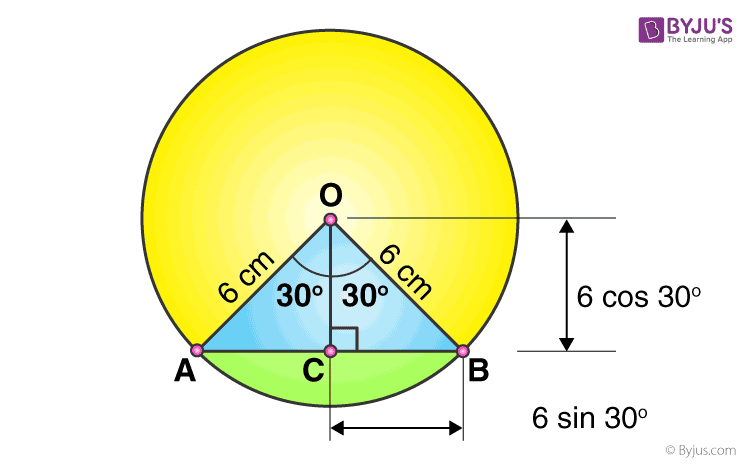 More Topics Related to Circles and Its Segment

A circle can be defined as a closed two-dimensional figure in which all the points in the boundary are equidistant from a single point called the centre.

What is the Segment of a Circle?

What is the Formula for the Area of a Segment?

The area of a segment can be calculated in radians using the following formula:

Is a Semicircle a Segment?