Many objects that we come across in our daily life are ‘round’ in shape such as a coin, bangles, bottle caps, the Earth, wheels etc. In layman terms, the round shape is often referred to as a circle. A closed plane figure, which is formed by the set of all those points which are equidistant from a fixed point in the same plane, is known as a circle. In other words, a circle can be described as the locus of a point moving in a plane, in such a way that its distance from a fixed point is always constant. The fixed point is called the centre of the circle and the constant distance between any point on the circle and its centre is called the radius. 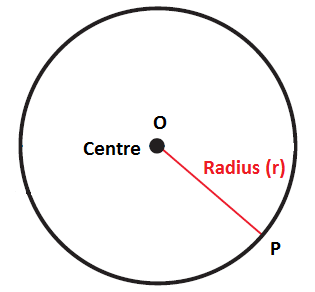 Names of parts of a circle

A circle can have different parts and based on the position and shape, these can be named as follows:

As we have already discussed the centre and radius of a circle. And the diameter is equal to the twice the radius. Let us see the other parts of a circle in detail.

The circumference of a circle can be defined as the distance around it. This can be understood with the help of an example. Suppose a wire of length 10 cm is bent so that it forms a circle. Here, the circumference is equal to the length of the wire, i.e. 10 cm.

How to draw a circle?

Figure 1 given above, represents a circle with radius ‘r’ and centre ‘O’. A circle of any particular radius can be easily traced using a compass. The pointed leg of the compass is placed on the paper and the movable leg is revolved as shown. The traced figure gives us a circle. 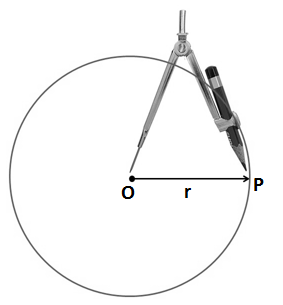 Position of Points of a circle

In the below figure, various points are marked lying either outside or inside the circle or on the circle. Based on this any point can be defined as: 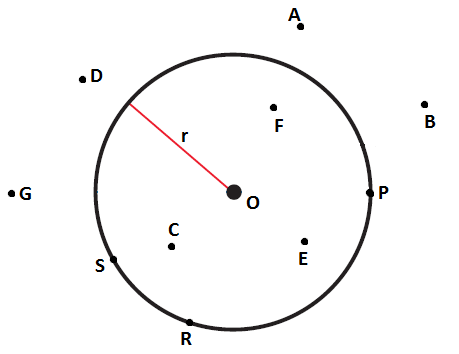 In fig. 2, points P, S and R lie on the circumference of a circle and on joining these points with the centre, i.e. OR, OP and OS will represent the radius of the given circle.

In the second figure, the line AB touches the circle exactly at one point, P. A line touching the circle at one single point is known as the tangent to the circle.

In the last figure, the line does not touch the circle anywhere, therefore, it is known as a non- intersecting line.

A line segment joining two different points on the circumference of a circle is called a chord of the circle. A circle can have any number of chords. Diameter is the largest chord of a circle.

Arc of a circle 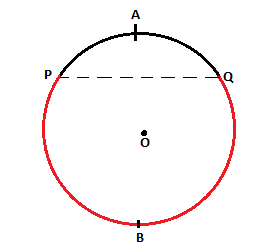 The arc PAQ is known as the minor arc and arc PBQ is the major arc.

Now go through the circular region which is cut off from the rest of the circle by a secant or a chord.

Part of a circle bounded by a chord and an arc is known as a segment of the circle. The figure given below depicts the major and minor segments of the circle. 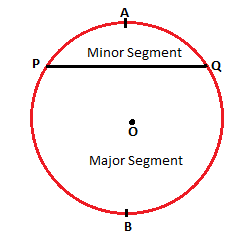 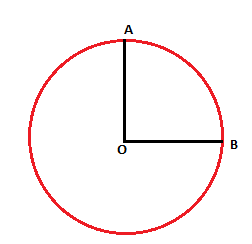 Parts of a circle diagram

The figure given below illustrates the various terms related to parts of a circle as explained above. 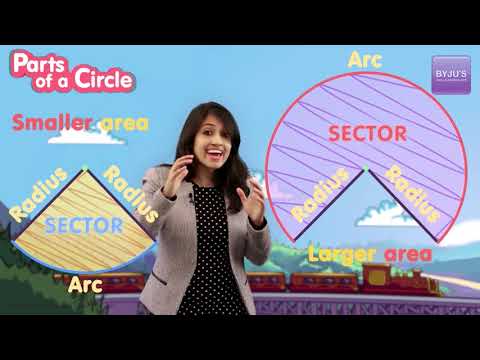 To learn more about circles, circumference of circle and problems on circles, you can visit us at byjus.com and download BYJU’S- The Learning App.

Quiz on Parts of circle
Q5