Data Interpretation covers a major part of competitive exams. This chapter- Smart Charts- gives the basic introduction to kids about the concept of charts. To help your kid practice and check their solutions at any time, we offer you detailed NCERT Solutions for Class 3 Maths Chapter 13 Smart Charts.

The solutions have been designed by our team of experts in order to give your kid the best answers with detailed explanations. We have covered all the questions, including the ones in “practice time” and other puzzles of the chapter. The NCERT Solutions for Class 3 Maths will assist your kid in his/her preparation for the exams. You can download the solutions PDF here for free. 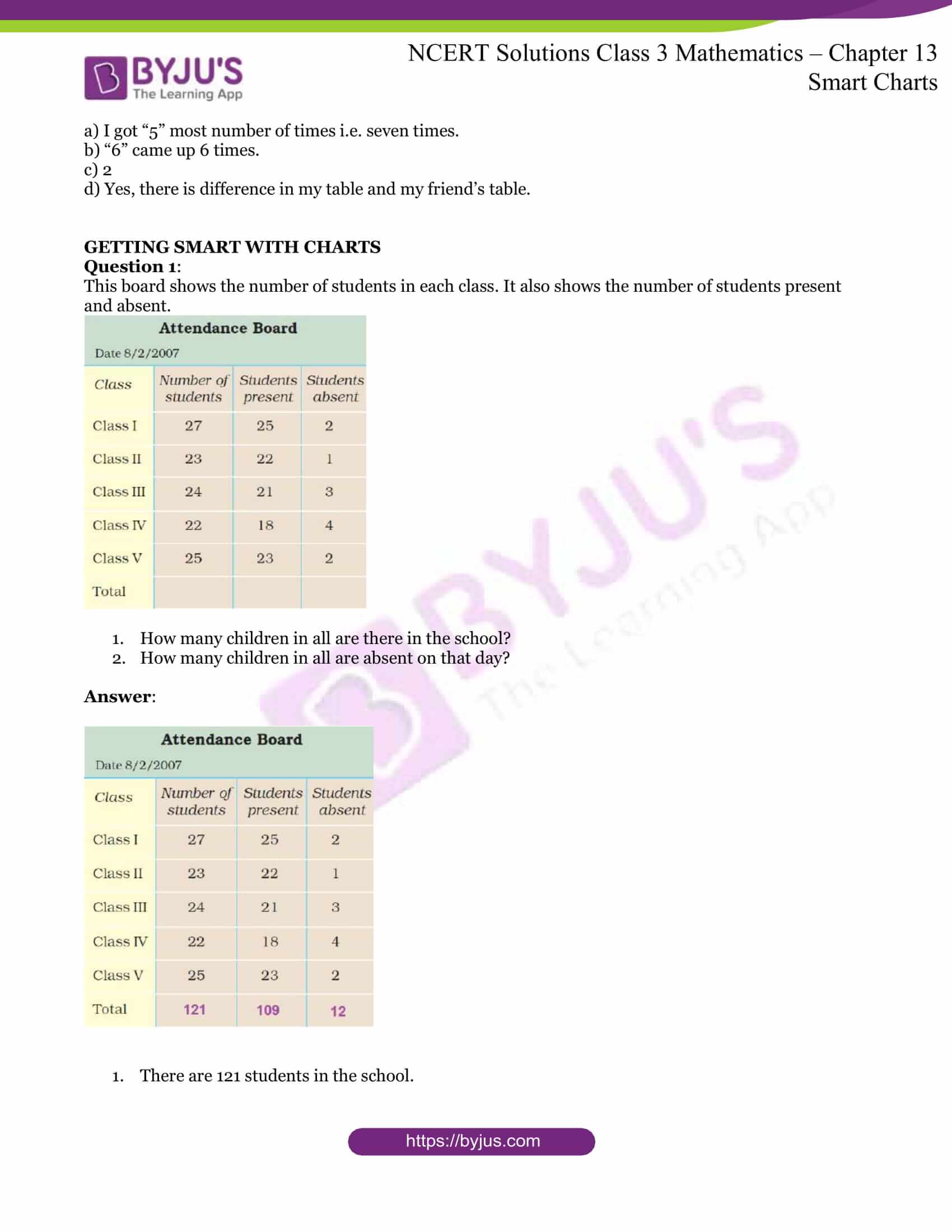 Have you been to a park?

Yes, I have been to parks.

What coloured flowers did you see?

Were most of the flowers yellow in colour?

Yes, most of them were yellow in colour.

WHAT DO WE SEE ON THE ROAD?

Look at the traffic scene in the picture and fill in the table. 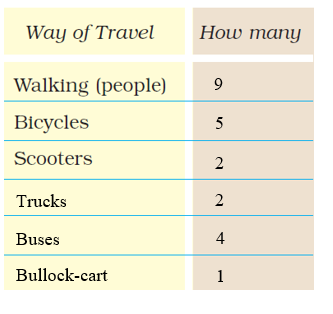 HOW MANY TIMES DO YOU GET 6?

Have you played any games with dice?

How many dots are there on the different faces of a dice?

Now fill in the table: a) Which face of the die did you get the most number of times?

d) Compare your table with that of the student sitting next to you. Do you find any difference in the two tables?

d) Yes, there is difference in my table and my friend’s table.

GETTING SMART WITH CHARTS 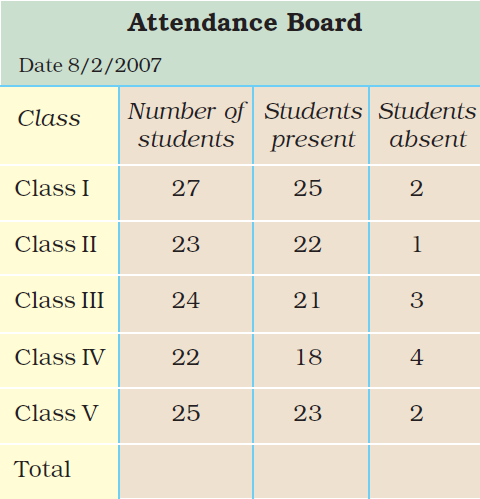 This is a chart to show the number of absent students. 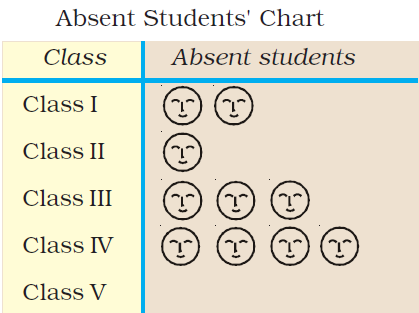 In the chart show the absent students of Class V.

Now look at the chart and fill in the blanks:

a) The class with the highest number of absent students is ____.

b) The class with the least number of absent students is ____. 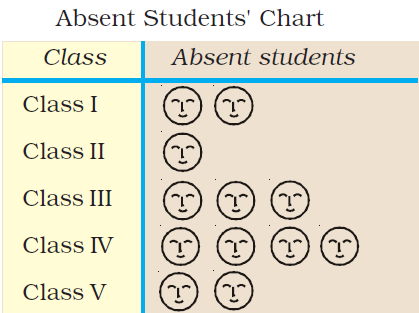 HOW LONG IS YOUR HAND?

Rohan, Jacob and Geeta also measured their hands. They stuck their strips as shown. Look at the picture and fill in the blanks:

Make your own smart charts about things around you.