What are the different types of Graphical Representation of Data?

Graphs are visual representation of data collected. It’s purpose is to show numerical data in physical form so that it can be understood quickly, easily and clearly.

A bar graph is used to show comparison among two or more different categories. Parallel vertical bars (rectangular in shape) are used to represent the data on a bar graph.

For example : The graph here represents a student’s marks in maths in the first, second and third terms respectively.

For More Information On Easiest way to Compare Quantities-Bar Graphs

A bar graph can also have two or more bars to represent the same category like the example below.

For More Information On Bar Graphs And Double Bar Graphs, Watch The Below Videos. 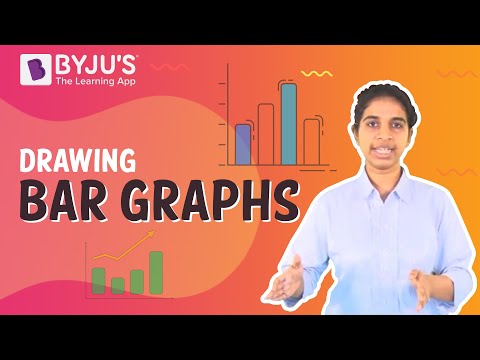 The pie graph below is used to represent people’s choice of television channels. The circle as a whole here is represented by all the people who took part in the survey. Since it is a whole, the sum of all percentages represented in a pie graph must add up to 100%.

A histogram is nothing but a bar graph, that is used to group numbers into ranges. It shows data in intervals like the case of the table below.

A histogram is used to represent continuous data. In the graph above, it presents the data available for all values between 40 and 65.

For More Information On Histogram, Watch The Below Video. 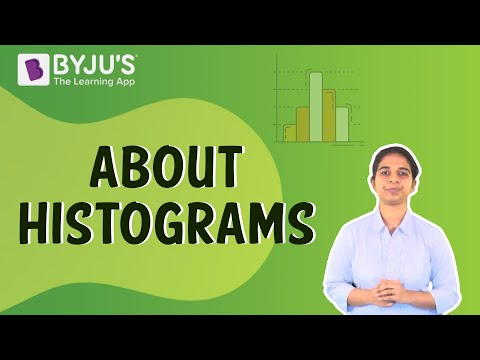 A graph where all the data points can be plotted on a single straight line is called a linear graph.

For any two variables, the relation can be drawn by constructing the table of values if the rule for that relation is mentioned. At least two points coordinates should be known to plot a straight line graph. These points must fit the rule. 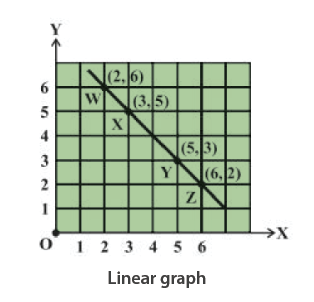 Depending on how the values of a variable change with respect to another, we have two types : independent and dependent variable.

Independent (or control) variable is one where it’s value doesn’t change with respect to another quantity.

Dependent variable is one where the value does change with respect to another quantity.

Graphs help to establish the relation between these two types of variables visually with the help of the cartesian plane.

To know more about Applications of Linear Graphs, visit here.

A line graph is one that is used to plot data that changes over a period of time.

Consider a table of the kind as shown here :

Here as observed, the temperatures constantly varies over a period of time. So a line-graph can be used to chart the increase and decrease of temperature over the course of 12 hours from 6AM to 6PM. Time is on the x-axis and temperature will be on the y-axis. 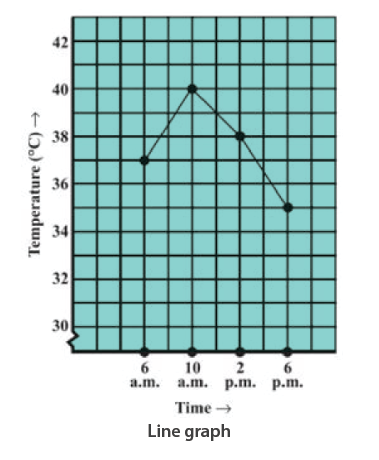 A cartesian plane is formed and defined by two perpendicular number lines : the x−axis, which is horizontal  and the y−axis, which is vertical. These are called the coordinate axes.

The point at which the two axes meet is called the zero or origin of the cartesian plane.

The two coordinate axes help to plot any point on the cartesian plane.

Representation of Point on the Plane

Ploting a point on the plane.

To know more about Co-ordinates of a Point in 3D, visit here.

What are some of the uses of graphs?

What is a ‘Histogram’?

A histogram is a graphical representation that organizes a group of data points into user-specified ranges.

What is a ‘Cartesian plane’?

A Cartesian plane is a graph with two axes, one is called the x-axis and the other one is the y-axis.