1. ‘Law on cow slaughter not feasible’


Nothing here for Today
B. GS2 Related
Category: POLITY
1. ‘Law on cow slaughter not feasible’ 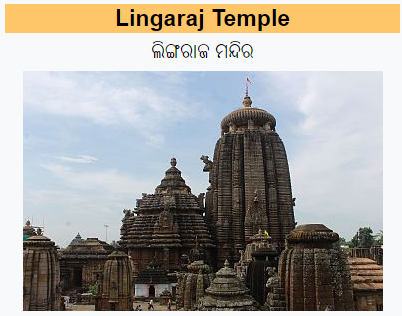 1. Lingaraja Temple:
Lingaraja Temple is a Hindu temple dedicated to Harihara, a form of Shiva and Vishnu and is one of the oldest temples in Bhubaneswar.
The central tower of the temple is 180 ft (55 m) tall.
The temple represents the quintessence of the Kalinga Architecture and culminating the medieval stages of the architectural tradition at Bhubaneswar.
The Kaḷinga architectural style is a style which flourished in the ancient Kalinga region or present eastern Indian state of Odisha and northern Andhra Pradesh. The style consists of three distinct types of temples: Rekha Deula, Pidha Deula and Khakhara Deula.