2. Why no paper trail in EVMs, SC asks Centre

1. Bid by land lobby to divert water from Chinnar river

1. Rolls-Royce, DRDO to tie up

2. Why no paper trail in EVMs, SC asks Centre

The Supreme Court on Thursday asked the Centre and the Election Commission to respond by May 8 to a plea by the Bahujan Samaj Party (BSP) to comply with a 2013 court directive to introduce paper trail in Electronic Voting Machines (EVMs).

Why paper trail is required?

What does the PCA is all about?

a. If capital adequacy ratio (including capital conservation buffer) falls below 10.25% or common equity tier-I (CET1) capital ratio falls below 6.75.
b. The trigger for net NPA is 6% and 4% forleverage ratio.
c. Two consecutive years of negative return on assets (RoA) will also be classified in threshold one.

a. The capital adequacy ratio falls below 7.75% or CET1 goes below 5.125%.
b. The net NPA threshold is breach of 12% and leverage ratio below 3.5%.
c. Three consecutive years of negative ROA will also trigger threshold two. Breach of threshold two will result in restrictions on expansion of branches and higher provisions.

a. CET1 falls below 3.625%
b. Net NPA goes above 12%
c. Negative ROA for four consecutive years .Restrictions, in addition to that of threshold one and two, will be put on management compensation and directors’ fees if the third level is breached.The breach of the third one on capital would identify a bank as a likely candidate for resolution through tools like amalgamation, reconstruction, winding up etc.

1. Bid by land lobby to divert water from Chinnar River 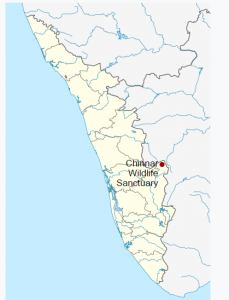 
Nothing here for Today

4. Endemic
Endemism is the ecological state of a species being unique to a defined geographic location, such as an island, nation, country or other defined zone, or habitat type; organisms that are indigenous to a place are not endemic to it if they are also found elsewhere.

5. Pandemic:
A pandemic is an epidemic of infectious disease that has spread through human populations across a large region; for instance multiple continents, or even worldwide.

It is expressed as a percentage of a bank’s risk weighted credit exposures.

Also known as capital-to-risk weighted assets ratio (CRAR), it is used to protect depositors and promote the stability and efficiency of financial systems around the world.

The reason why minimum capital adequacy ratios are critical is to make sure that banks have enough cushion to absorb a reasonable amount of losses before they become insolvent and consequently lose depositors’ funds.

Capital adequacy ratios ensure the efficiency and stability of a nation’s financial system by lowering the risk of banks becoming insolvent. If a bank is declared insolvent, this shakes the confidence in the financial system and unsettles the entire financial market system.

9. Return on assets
Return on assets (ROA) is a financial ratio that shows the percentage of profit a company earns in relation to its overall resources.

Prelims worthy Factual Information
Gender Parity Index
Commissioned jointly by FLO (FICCI Ladies Organisation (FLO)) and FICCI.
GPI evaluates gender diversity and empowerment of women in the formal sector and the progress made over the years.
The Index will serve as framework for measuring gender parity and produce an overall score of an organization and reflect it on the index.
F. BILLS/ACTS/SCHEMES/ORGS IN NEWS

It is an orthomyxovirus that contains the glycoproteins haemagglutinin and neuraminidase. For this reason, they are described as H1N1, H1N2 etc. depending on the type of H or N antigens they express with metabolic synergy. Haemagglutinin causes red blood cells to clump together and binds the virus to the infected cell. Neuraminidase is a type of glycoside hydrolase enzyme which helps to move the virus particles through the infected cell and assist in budding from the host cells.