1. No barrier to naming Lokpal: SC

2. ‘Revival of fertiliser plants can make India an exporter’

1. Vinegar to the rescue of Great Barrier Reef?

Highlights of the study conducted by researchers at the University of Edinburgh in the U.K.:

For the first time, scientists have traced the path of rocks washed down from the Himalayan Mountains onto the Ganga Plain

Risk Assessment: The findings could help researchers improve flood risk maps for the Ganga Plain, a low-lying region covering parts of India, Nepal and Pakistan — one of Earth’s most densely populated areas.

1. No barrier to naming Lokpal: SC

What do the Lokpal and Lokayukta Act of 2013 say?

Key Fact: India has ratified the United Nations Convention against Corruption way back in May 2011.

Reduce burden of work on Police:

Key Fact: India’s police to population ratio should reach the United Nations norms of 222 per lakh population, over the next seven years, from the current level of 137.

Concerns raised by medical fraternity: the decision will compromise the quality of the medicine.

Memorandum of Understanding (MoU) signed between India and Sri Lanka

Why such a drastic turn around?

2. ‘Revival of fertiliser plants can make India an exporter’

1. Vinegar to the rescue of Great Barrier Reef? NASA’s Cassini spacecraft has successfully executed its historic first-ever dive through the narrow gap between the planet Saturn and its rings, marking the beginning of the ‘Grand Finale’ of the 20-year-long journey. The spacecraft is in the process of beaming back science data collected during its passage.

Following are the advantages of neem coated urea 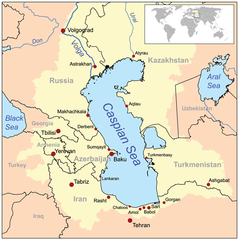 Armenia is a landlocked country.

“Appreciating the need for media campaign for raising awareness about antibiotics, Shri J P Naddalaunched the “Medicines with the Red Line” media campaign at the function which creates awareness regarding rational usage of medicines which carry a red line on their strip.