Rajya Sabha TV programs and discussions are very insightful and informative from a UPSC perspective. In this article, we provide a gist of the RSTV Big Picture debate on the significance of ethanol blending. This topic is important for the environment and economy sections under the UPSC syllabus. 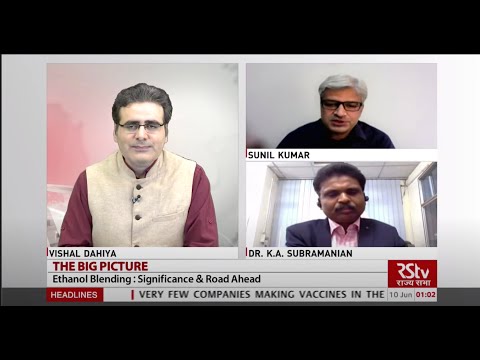 India is one of the fastest-growing economies in the world. The development objectives focus on economic growth, equity and human well-being. Energy is a critical input for socio-economic development. The energy strategy of a country aims at efficiency and security and to provide access that is environmentally friendly and the achievement of an optimum mix of primary resources for energy generation. Fossil fuels will continue to play a dominant role in the energy scenario in our country in the next few decades. However, conventional or fossil fuel resources are limited, non-renewable, polluting and, therefore, need to be used prudently.  On the other hand,  renewable energy resources are indigenous, non-polluting and virtually inexhaustible. India is endowed with abundant renewable energy resources. Therefore, their use should be encouraged in every possible way.

What is ethanol blending?