Context: In September 2022, the quarterly profits of commercial sector banks reached an all-time high of approximately Rs 59,000 crore. The finance minister credited the increase in bank profitability to the sharp reduction in non-performing assets (NPAs) of banks.

Steps taken by the government for recovery of loans:

2. The Adoption of Unified Payments Interface in India

Trend of UPI Payments in India: 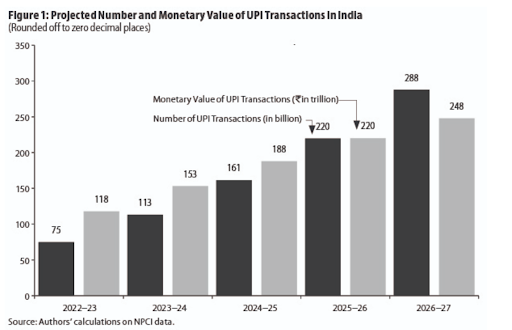 Factors responsible for massive adoption of UPI payments in India:

Conclusion: UPI is likely to help India move towards a cashless economy, which will increase transaction efficiency and also mitigate corruption arising from cash transactions. Solutions for various problems can be brought up in the future with the adv­ancement in technology and updates in UPI as a platform. The NPCI and RBI shall pay special attention to address security issues to improve the confidence in UPI.