Non Performing Assets (NPA) - What is the meaning of NPA? [UPSC Economics Notes]

When a person delays the payment of the loan or an amount which was due on him through the delay in payment in either interests or installments or principal amount, that particular loan or amount is termed as Non-Performing Asset. The topic is important for the IAS Exam as it is keeping in the news after former RBI Governor Raghuram Rajan on 14th July 2020 made a statement about the unprecedented increase in the NPAs due to the Covid-19 crisis.

What is the difference between Bank fraud and Non-Performing Assets (NPA’s)?

There is a difference between bank fraud  and NPA:

Bank fraud is a criminal offense, Non-Performing Assets is a loan or advance wherein interest or installments of principal remain overdue for a period of 90 days.

As per the Reserve Bank of India (RBI), an asset becomes non-performing when it stops to generate income for the bank. The Non Performing Assets in Public Banks are valued at approximately $ 62 Billion, which represents 90% of total NPA in India.

What were the reasons behind the rise of Non Performing Assets in India?

Also, refer to Economics Questions for UPSC Mains in the linked article to practice previous year questions asked in GS 3 of the civil services exam.

Based on different parameters the Non Performing Assets are classified into different types.

The below table gives the different classification of Non Performing Assets:

What are the impacts of Non-Performing Assets (NPA)

As the Non-Performing Assets is not a new phenomenon, there have been many efforts on the part of the Government of India and RBI to sort out the problem. 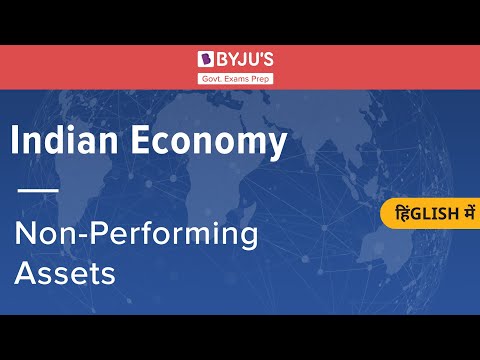 Aspirants reading the topic, ‘Non-Performing Assets (NPAs) can also read other Economics related articles linked in the table below:

What is non-performing assets with examples?

What are performing assets?

It acts as a check on hasty legislation. It gives representation to independent talented persons.It plays a major role when Lok Sabha is dissolved.

According to the RBI rules, if payment is not made and the accounts are not regularised within 90 days of the date of default, the borrower’s account is classified as NPA. There is a demand for exclusion of lockdown period while computing the 90 days for NPA.

What are the reasons for NPA?

What are performing assets?

How can non-performing assets be reduced?

The SARFAESI empowers banks to deal with NPAs, without the involvement of the court, through three alternatives. The other measures for reducing NPA’s are Debt Recovery Tribunals, Lok Adalats, Credit Information Bureau.