The terms ‘National Anthem” and “National Song” are often used in the proverbial tandem with each other that the subtle differences between the two are often overlooked if not outrightly forgotten. UPSC CSE aspirants must refer to the details discussed further below.

A National Song is a patriotic hymn adopted by the government of a country to be sung on public or state occasions.

A National Anthem, on the other hand, is a musical composition, at times patriotic in nature, that defines a country’s history, tradition and struggles. It is recognized and adopted either by a nation’s government or by conventional use by the people.

Such differences are generally known by candidates but the facts about the same, which are important from the UPSC Exam perspective may not be known. Thus, aspirants must review the points of comparison discussed further below. 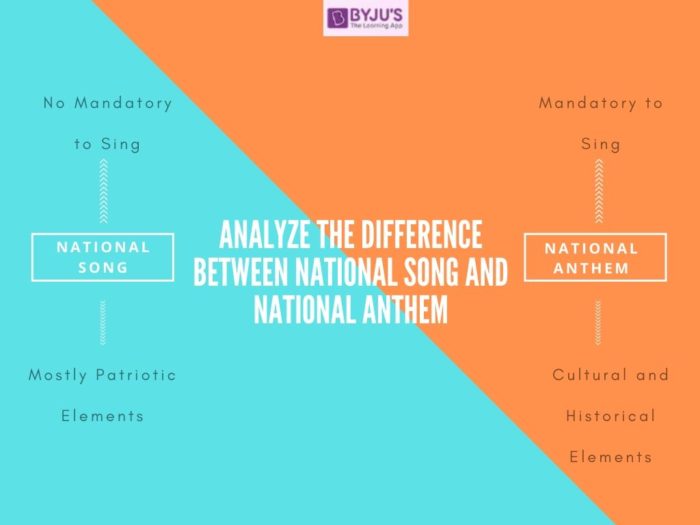 This article will further highlight the differences between a National Song and National Anthem within the context of the IAS Exam.

National Song and National Anthem are both covered under the Polity segment in line with the UPSC syllabus. Aspirants can refer to the following links to study this segment:

Candidates preparing for the upcoming IAS recruitment must refer to the UPSC topper list and get inspired and motivated with their success stories.

Q 1. Which is the National Song and National Anthem of India?

Q 2. When was the National Anthem written?

Ans. The National Anthem of India is the “Jana Gana Mana” which was composed by Rabindranath Tagore in the year 1911.