What is the Radcliffe Line?

On 17 August 1947, the borderline that separated India from Pakistan, known as the Radcliffe Line was revealed.

The Radcliffe line is spread through the Rann of Kutch in Gujarat to the international border in Jammu in Jammu & Kashmir, dividing India and Pakistan into two different countries. Radcliffe divided India into three halves:

Read to know more about other important boundaries and lines of the world at the linked article. 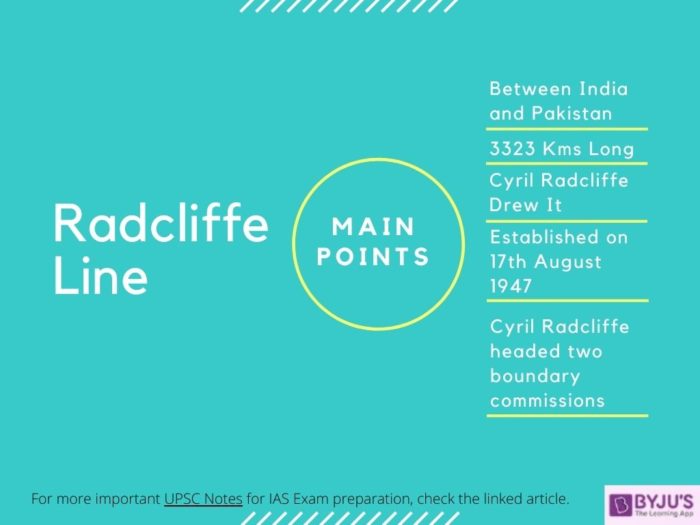 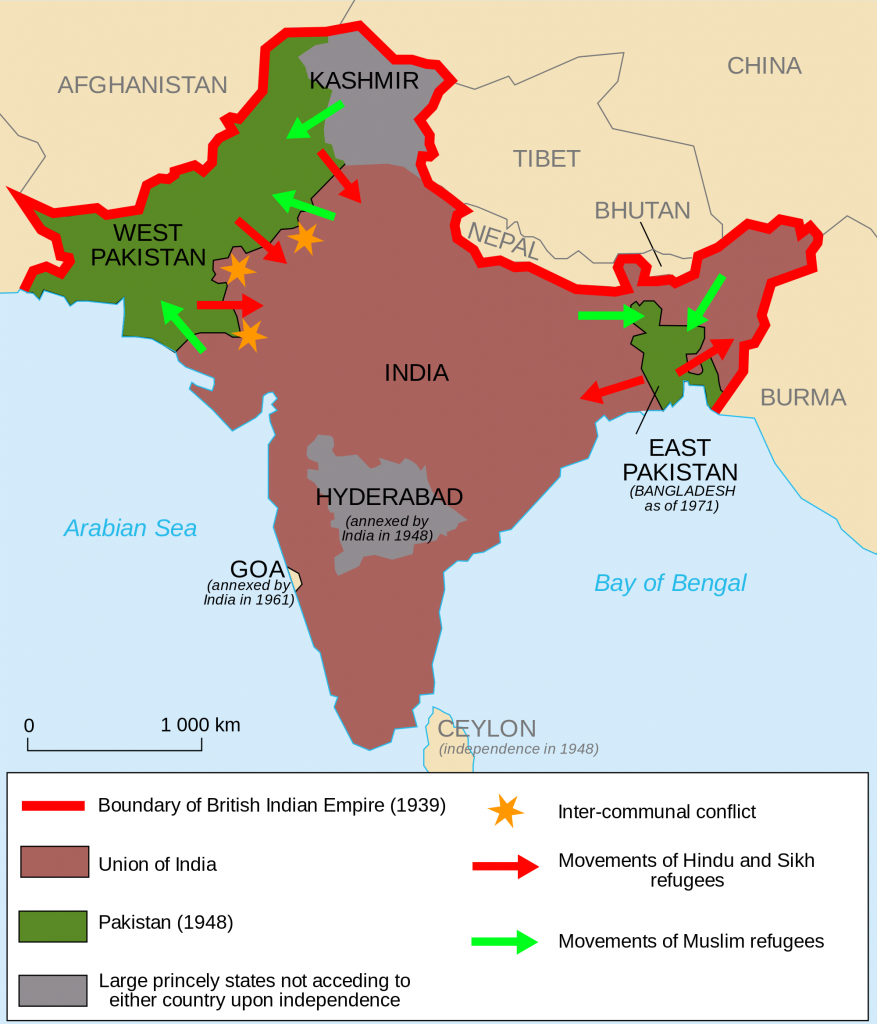 The study of the Radcliffe line and other such boundary lines that separate India from other countries is a major topic to prepare for the UPSC Civil Services Exam.

On 8th July 1947, Radcliffe arrived in India and was given a target of five weeks to work on the borderline. Once in India, Radcliffe met Lord Mountbatten and travelled to Kolkata and Lahore to meet the members of the Boundary Commission. The members mainly were Jawaharlal Nehru, representative from the Indian National Congress, and Muhammad Ali Jinnah, representative of the Muslim League.

Dividing the two countries was a very tough job because the division was done on the basis of religious majority and a fair decision had to be made while drawing a boundary between the two countries.

Know about other Government exams in the linked article.

What was the main motive of the Radcliffe Line?

The main motive of giving Radcliffe a target to work on the borderline was that both the parties were keen on getting a finalized boundary line by 15th August 1947 but due to political reasons, the Radcliffe line was officially revealed on 17th August 1947, two days after the Independence. Apart from the Radcliffe line, there are a few other boundaries that divide India from Pakistan.

1909: Revolutionary Madan Lal Dhingra was hanged by the British in London for assassinating Curzon Wyllie, an official of the British Indian government.

Candidates preparing for the upcoming UPSC 2022 exam can visit the linked article for more information.

What is the name of the borderline between Indian & Bangladesh?

The Radcliffe Line is the borderline drawn between India and Pakistan on the west and India and Bangladesh on the east.

What is the length of the Radcliffe Line?

The length of the India-Pakistan border (Radcliffe Line) is 3323 Kms.

Who drew the India-Pakistan partition line?

Cyril Radcliffe who was a British Lawyer headed a border commission responsible to draw a borderline between India and Pakistan. The border came to be known as the Radcliffe Line.

What is the name of the India-Afghanistan borderline?