Stagflation is a term often seen in the news with respect to the economy. What is stagflation? How is it related to inflation? How does it affect the economy of a country? Get answers to all these questions in this article. This is an important topic for the UPSC economy section.

Stagflation is an economic condition when stagnant economic growth, high unemployment, and high inflation combine together. Simply put, stagflation is a portmanteau of stagnant growth and rising inflation. 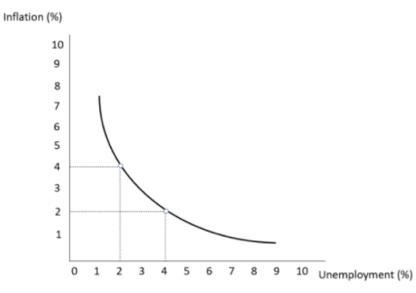 Although there is a lack of consensus among economists on the causes of stagflation, there are broadly two main theories: supply shock and poor economic policies.

The COVID-19 pandemic and its impact on the Indian economy had raised fears of stagflation in India. The lockdowns during the pandemic resulted in a fall in economic growth and increasing unemployment even as the price of commodities increased due to supply constraints.

Though there is no definitive solution to stagflation, the consensus among economists is that productivity has to be increased to the point where it would lead to higher growth without additional inflation. This would then allow for the tightening of monetary policy to rein in the inflation component of stagflation.