Official Foundation of Madras Laid - [August 22, 1639] This Day in History

On 22 August 1639, English official Francis Day obtained a grant of a 3-mile-long strip of land for the East India Company from the local ruler, Damarla Venkatadri Nayaka, the Nayaka of Wandiwash. This land was a fishing village called Madraspatnam. This grant, issued for 2 years, authorised the company to build a fort and a castle there. This would later grow into the modern-day metropolitan city of Chennai.

In this edition of This Day in History, you can read all about how the city of Madras evolved into the metro city of modern times. This will add to your knowledge of modern Indian history for the IAS exam. 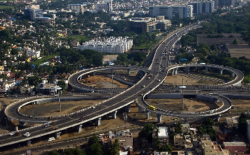 1818: Death of Warren Hastings, first Governor-General of India aged 85. 1922: Alluri Sitarama Raju leads an army of tribals in the Rampa Rebellion against the British.