The first Rupee coin was minted in Kolkata by the East India Company. 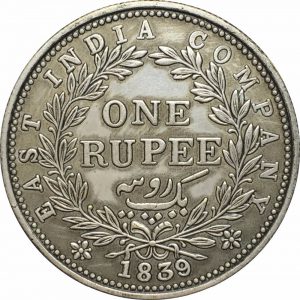 The East India Company minted the first Rupee coin or sicca in the Calcutta Mint which it had established under a treaty with the Nawab of Bengal. Read more about the Calcutta Mint here. It forms an interesting part of modern Indian history. Get more Modern Indian History Notes for the IAS exam.