This Day in History ( 18th September 1615) – Sir Thomas Roe arrived in Surat as the first English Ambassador to the Mughal Court in India.

It is important for the IAS Exam aspirants to know who was Sir Thomas Roe and what was the significance of his arrival in Surat as the first English Ambassador to the Mughal Court. Sir Thomas Roe is an important part of Modern History (UPSC Prelims & Mains GS 1).

Meanwhile, for the GS 1 preparation, candidates can check the following links:

Who is Sir Thomas Roe? 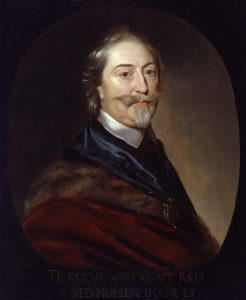 On 18 September 1615, he arrived at the Surat port as the ambassador of the English King, James I to Mughal Emperor Jahangir’s court.

Why was the arrival of Sir Thomas Roe in Jahangir’s court a landmark in history?

Sir Thomas Roe’s arrival in Jahangir’s court was a significant event in modern Indian history as it was the first step towards establishing the British East India Company as a paramount power in the Indian subcontinent. Read below the background of his arrival.

Why was Sir Thomas Roe sent to Mughal Court?

The East India Company received the royal charter to trade with India from the British monarch Elizabeth I in 1600:

18th September 1803: Puri captured by the British from the Marathas.

18th September 1967: English adopted as the official language of Nagaland.