Vardhamana Mahavira was the 24th Tirthankara (a great teacher). The tenets of Jainism and facts about Mahavira are important for IAS Exam as it makes a significant part of Indian ancient history and Indian culture. NCERT notes on important topics for the UPSC civil services exam. These notes will also be useful for other competitive exams like banking PO, SSC, state public services exams, and so on. This article talks about the rise and spread of Jainism in ancient India, Triratna of Jainism, and more. You can also download the notes PDF.

Causes of the rise of Jainism

Other Facts about Jainism relevant for UPSC

There are a few important details about Jainism that aspirants should know for the UPSC Prelims examination: 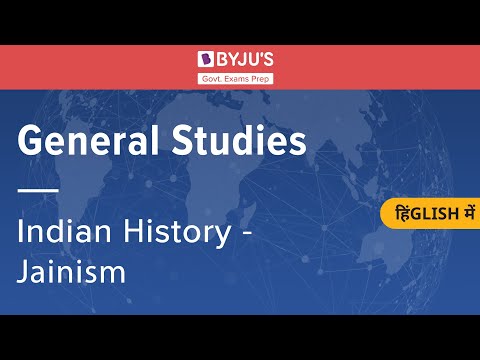 Aspirants can get other NCERT Ancient History Notes for UPSC in the linked article.

Does Jainism believe in God?

According to Mahavira, a person is born in higher or lower varna as the consequence of the sins or the virtues in the previous birth. Thus, Jainism believes in the transmigration of the soul and the theory of Karma.

How many types of Jains are there?

How is Buddhism different from Jainism?

What are the basic beliefs of Jainism?

Jainism is a religion of self-help. There are no gods or spiritual beings that will help human beings. The three guiding principles of Jainism, the ‘three jewels’, are right belief, right knowledge and right conduct. The supreme principle of Jain living is non-violence (ahimsa).