1. Palestinians have cut security ties with U.S. and Israel: Abbas

The article deals with important highlights of the Union Budget 2020-2021.

For more information on the Union Budget 2020-21: Click Here

Will be updated shortly!!!

1. An exercise bereft of macroeconomic vision

The article provides a critique of the budget.

Lack of focus on urgent issues:

The new scheme of taxation:

2. A budget for the middle class

Article 112 of the Indian constitution, provides for the presentation of the annual financial statement in both houses of the parliament. Data from the Budget document. 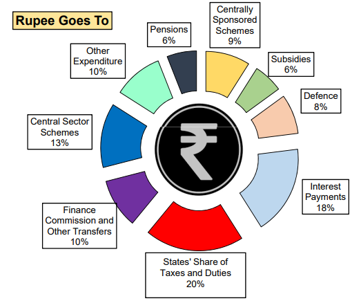