Peace deal plan between the U.S. and the Taliban.

1. Natural gas price may halve to a 10-year low

The editorial highlights how India needs USA’s support to move towards a more organic rules-based order in the Indo-Pacific.

Both within India and in the U.S., the consensus across the mainstream of political opinion favours stronger relations between the two countries. This is notwithstanding the recent concerns expressed in Congress about the Citizenship (Amendment) Act and about the internment of political leaders in J&K.

Why is it essential for India to shape a new India-U.S relationship?

Much work needs to be done for the two countries to fulfil the potential of the relationship, especially in the area of defence. This, together with other key issues including trade, is on the centrepiece of the Trump-Modi agenda for the visit.

What are the Concerns?

So far whatever significant electoral reforms have taken place have emanated from the Supreme Court. It remains to be seen how the recent judgment will affect the choices of the political establishment and whether it will have the desired effect in eliminating or significantly purging criminality from future legislatures.

This issue has been comprehensively covered in 15th February 2020 Comprehensive News Analysis under the Editorials segment in the article titled “Choice and candidacy”. Click here to read.

1. Asleep at the wheel

Recently, a crash has killed 19 bus passengers on a national highway, at Tiruppur, Tamil Nadu. 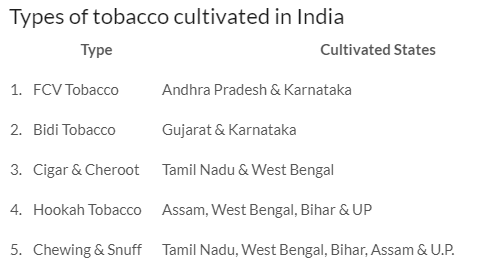 *The data is prior to bifurcation of the State of Andhra Pradesh. Hence, it is important to note that Flue-cured tobacco cultivation is concentrated in the states of Telangana, Karnataka and Andhra Pradesh in India.

Currently, North Korea and Iran are the only two countries included in the black list of the Financial Action Task Force (FATF). Bahamas, Botswana, Cambodia, Ghana, Iceland, Mongolia, Panama, Pakistan, Trinidad and Tobago, Yemen and Zimbabwe have been included in the grey list of the FATF.