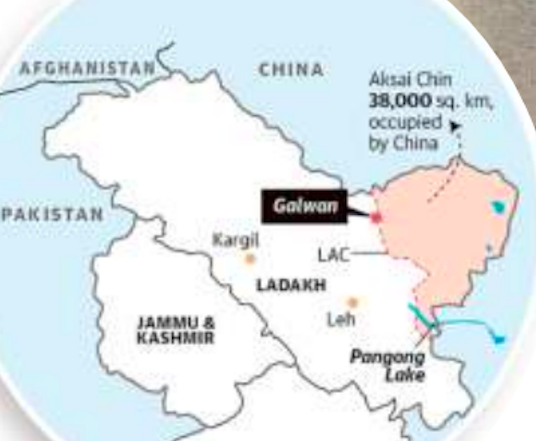 This topic has been covered in 14th June 2020 Comprehensive News Analysis. Click here to read.

This topic has been covered in detail in 6th June 2020 Comprehensive News Analysis. Click here to read.

The Indian Council for Medical Research has revised the protocol for clinical management of COVID-19 and allowed the use of remdesivir, tocilizumab and convalescent plasma therapy (CPT) on certain groups of patients.

The Nagpur Bench of the Bombay High Court has sought reports on the environmental impact assessment of Lonar lake from the National Environmental Engineering Research Institute (NEERI) and the Geological Survey of India.

Recently, the water in the Lonar lake in the Buldhana district of Maharashtra was found to be turning reddish/pink.

According to a Guwahati-based wildlife expert, Guwahati redefines the term “urban jungle” with 334 and counting free-ranging faunal species living in the green spaces within concrete structures.

The Finance Ministry said that the public sector banks have disbursed ₹16,031.39 crore till June 12, 2020, under the ₹3-lakh crore Emergency Credit Line Guarantee Scheme (ECLGS) for the MSME sector.

1. Nepal ties and the Benaras to Bengaluru spectrum

A link despite diversification:

1. In defence of MPLADS

For information on this issue, refer to:

For information on this, refer to:

Arguments in favour of MPLADS scheme:

Aspirations of the marginalised:

1. For better conditions of work

India has pledged to construct a ₹2.33 crore sanitation facility at the Pashupatinath temple complex to improve the infrastructure in the holy shrine for pilgrims.

1. District-wise data of COVID hospitals to be put online

The Health Ministry has appointed a nodal officer to collect district-wise details and make it available online.

India’s first ever national forecast on the impact of global warming on the subcontinent in the coming century, expects annual rainfall to increase, along with more severe cyclones and  paradoxically, more droughts.

According to a Palestinian official, the Israeli Army raided Ramallah in the occupied West Bank.

The U.S. Supreme Court delivered a landmark victory for the gay and transgender communities as it ruled that employers cannot discriminate against workers because of their sexual orientation.

North Korea has blown up an inter-Korean liaison office on its side of the border.