Leaders of the G20 (Group of Twenty) nations are set to hold a video conference.

For the Indian Prime Minister, this will be the second virtual leadership summit after the video meet of the South Asian Association for Regional Cooperation (SAARC), which he initiated on March 15, 2020 and led to the creation of the SAARC COVID-19 Emergency Fund. 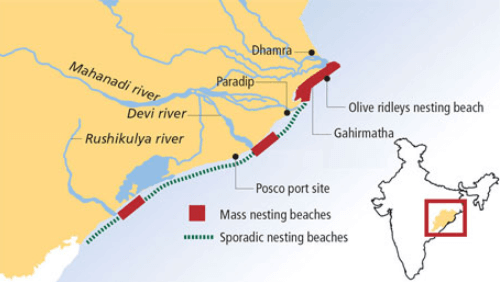 This topic has been covered in 22nd March 2020 Comprehensive News Analysis. Click here to read.

1. ‘No evidence of an Indian strain yet’

There isn’t enough scientific evidence yet to indicate that SARS-CoV-2, or the novel coronavirus, has a separate Indian strain and the National Centre for Biological Sciences (NCBS) is working with the Indian Council of Medical Research (ICMR) to better understand the virus, the Director of the Bengaluru-based centre, Satyajit Mayor, has said.

Is it a bio-weapon?

However, Mr. Mayor said that there was little evidence thus far that it was a bioweapon.

1. Banks get ready for merger, albeit reluctantly

Almost half of the Indian public sector lenders, 10 to be precise, which will be merged to create four banks, are getting ready to amalgamate themselves in an exercise that takes effect from April 1, 2020.

The set of PSBs being merged are as follows:

The Centre has approved a ₹1,340-crore recapitalisation plan for regional rural banks (RRBs).

The RRBs are required to provide 75% of their total credit as priority sector lending with primary focus on agricultural credit, including small and marginal farmers, as well as micro entrepreneurs and rural artisans.

Financial markets are the ones which respond quickly and irrationally to a pandemic such as the coronavirus pandemic. The entire reaction is based on fear.

How does the government deal with this sudden decline in economic activity? The two major tools that are available are monetary policy and fiscal actions.

What should the RBI and Banks do?

But there are some ‘musts’. The virus has to be fought and brought down.

Serious concerns have been expressed about people who have been thrown out of employment. These are mostly daily-wage earners and non-permanent/temporary employees. In fact, some of the migrant labourers have gone back to home States.

What are the symptoms?

Unseasonal rain, coupled with hail and lightning, was witnessed in parts of western Maharashtra, Pune and Kolhapur districts and in isolated areas in the Marathwada region.

2. Indelible ink to be used to mark the quarantined

The Election Commission of India  has said that it had allowed the government to use indelible ink, which is used to mark voters, to mark people ordered to quarantine themselves at home in view of the “extraordinary circumstances” due to the coronavirus pandemic.

3. 25 worshippers killed in IS attack on Kabul gurdwara

A lone Islamic State gunman rampaged through a Sikh house of worship (Gurdwara) in the heart of the Afghan capital, Kabul, killing 25 worshippers and wounding eight.

Within hours, the Islamic State group claimed responsibility for the attack.

The White House and Senate leaders of both parties announced agreement on unprecedented emergency legislation to rush sweeping aid to businesses, workers and a health care system slammed by the coronavirus pandemic.

Regional Rural Banks are regulated by the RBI and supervised by the National Bank for Agriculture and Rural Development (NABARD). The RRBs are required to provide 75% of their total credit as priority sector lending with primary focus on agricultural credit, including small and marginal farmers, as well as micro entrepreneurs and rural artisans.

G-20 is a forum for the governments and central bank governors, aimed at promoting financial stability and sustainable development in the world. The G-20 operates without a permanent secretariat.  The group’s chair rotates annually among the members and is selected from a different regional grouping of countries. The incumbent chair establishes a temporary secretariat for the duration of its term, which coordinates the group’s work and organizes its meetings. India has so far, not hosted any of the G-20 summits.

Capital to Risk Weighted Assets Ratio (CRAR) is also known as Capital to Risk Asset Ratio (CAR). It measures capital adequacy of a bank in terms of the riskiness of the assets or loans given. It determines the bank’s capacity to meet both time liabilities and other risks such as credit risk, operational risk.