The Jammu and Kashmir High Court has asked the Centre and the Union Territory (UT) administration to take a final call on the continuation of the 148-year-old practice of shifting capitals annually between Srinagar and Jammu, which burdens the exchequer.

1. Amid high inflation, Iran to get a new currency

The Iranian Parliament has authorised the replacement of the rial with another basic unit of currency called the toman.

China has successfully launched a new rocket and prototype spacecraft.

1. ‘Copycat’ groups come to the fore

The Delhi police have cracked down on the ‘Bois Locker Room’, an Instagram page where teenage boys were allegedly discussing gang rape of minor girls.

1. Pathways to a more resilient economy

Reasons behind the success:

1. It’s time for a virtual judiciary

Arguments in favour of a virtual judiciary system:

For more related information, refer to:

2. Ships on way to the Maldives, UAE

Navy begins evacuation operations to repatriate stranded Indian citizens in the backdrop of the COVID-19 pandemic. 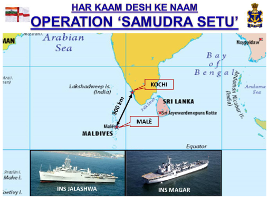