1. Aadhaar gets thumbs up from Supreme Court

Directions to the Government 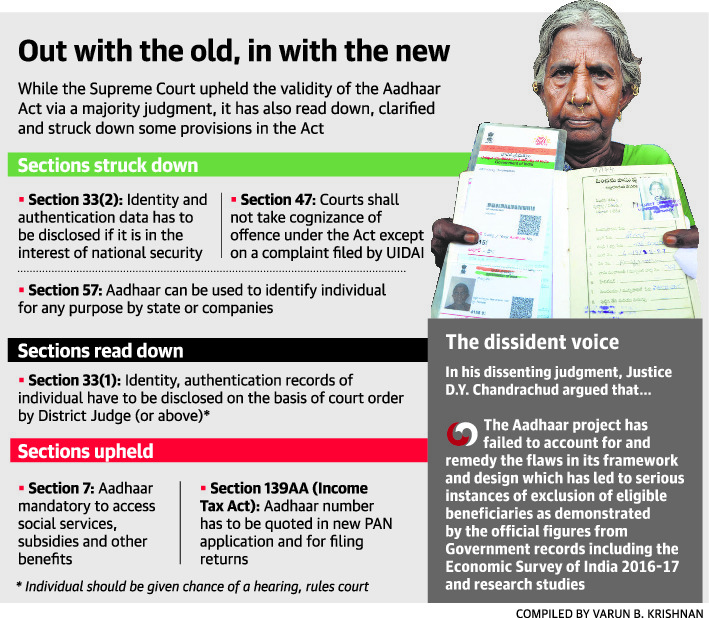 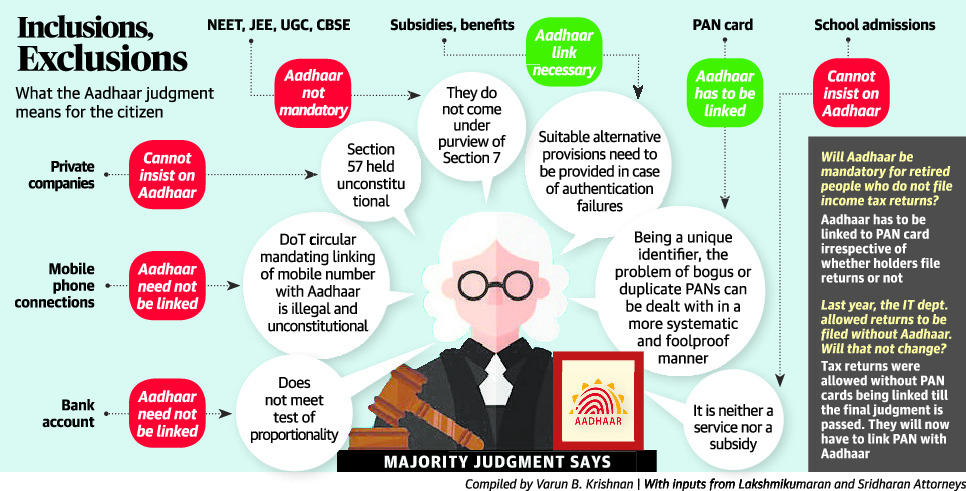 2. Boost to SC/ST quota in promotions 3. SC proceedings can be live-streamed

Features of the Bill

Note to Students:
Note to the Students: From a UPSC point of view there are a few important areas to cover in this article. These are: 1) The idea of Aadhar 2) The concept of a Money Bill (Article 110)
3) The issues concerning data privacy of an individual

Can we expect PIOs to assess which information is private, and then weigh the potential harm to individuals due to disclosure, guided all the while by public interest and the cause of accountability?

What is the objective of the RTI?

A brief Look at The Draft Personal Data Protection Bill, 2018

What is a data fiduciary?

Checks by the Ministry

8. NDRF battalions to have women contingents

13. Barges with cargo from Bihar enter Assam via Bangladesh 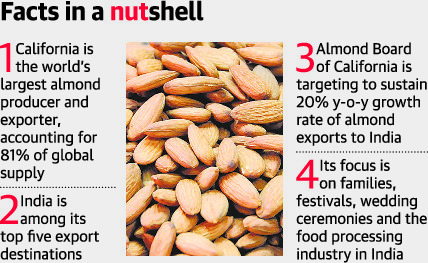 It is owned by government and private players jointly.

The revolt was called off following a meeting between the President of the Naval Central Strike Committee (NCSC), M. S. Khan, and Vallab Bhai Patel of the Congress, who had been sent to Bombay to settle the crisis.