Mains: Initiatives taken to promote domestic manufacturing and its significance

Make in India yields positive results for the toy sector.

Know more about Make in India in the link.

The first edition of the State Ranking Index for NFSA has been released.

About the State Ranking Index for NFSA: 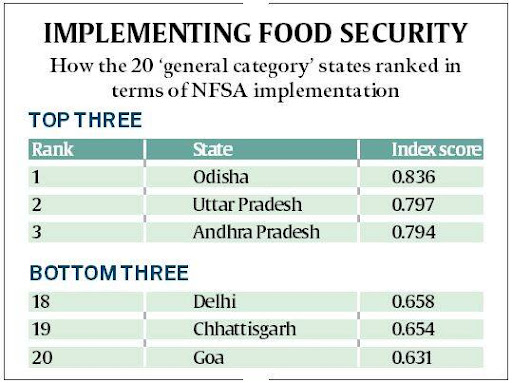 Syllabus: GS-3, Science and Technology developments and their applications and effects in everyday life.

Scientists have discovered a novel material that can emit, detect, and modulate infrared light with high efficiency making it useful for solar and thermal energy harvesting and for optical communication devices.