We use these box plots or graphical representation to know:

When we plot a graph for the box plot, we outline a box from the first quartile to the third quartile. A vertical line that goes through the box is the median. The whiskers (small lines) go from each quartile towards the minimum or maximum value, as shown in the figure below.

A box and whisker plot is a graph that exhibits data from a five-number summary, including one of the measures of central tendency. It does not display the distribution as accurately as a stem and leaf plot or histogram does. But, it is principally used to show whether a distribution is skewed or not and if there are potential unusual observations present in the data set, which are also called outliers. Boxplots are also very useful when huge numbers of data collections are involved or compared.

Since the centre, spread and overall range are instantly apparent, using these boxplots the arrangements can be matched easily.

A box and whisker plot is a way of compiling a set of data outlined on an interval scale. It is also used for descriptive data interpretation.

Elements of a Box and Whisker Plot

The elements required to construct a box and whisker plot outliers are given below.

The meaning of each of these elements is listed below.

Why Do We Use Box and Whisker Plot?

Box and Whisker diagrams allow us to read the data very effectively and easily. It summarises the data from multiple sources and displays it in a single graph. It helps us to make an effective decision as it compares the data from different categories.

When to Use Box and Whisker Plot?

The box and whisker plot is used if we have multiple datasets from different sources which are related to each other. For example, a test score between classrooms.

How to Draw a Box and Whisker Plot?

Step 1: The smallest value in the data is called the minimum value.

Step 2: The value below the lower 25% of data contained, called the first quartile.

Step 3: Median value from the given set of data.

Step 4: The value above the lower 25% of data contained, called the third quartile.

Step 5: The largest value in the dataset is called maximum value.

Firstly, write the given data in increasing order.

Now, Median = center value of the given data

Now, we need to find the quartiles.

The five-number summary is given by:

Now, we can draw the box and whisker plot, based on the five-number summary.

Solve these problems to understand the concept of the box plot. 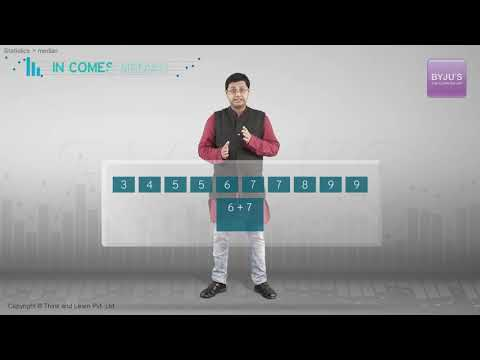 What is Box and Whisker Plot?

Box and whisker plot is one type of graphical representation which shows the five-number summary for the given set of data, such as minimum value, lower quartile, median, upper quartile, maximum value.

Mention the advantages of Box Plot

What are the disadvantages of using Box and Whisker Plot?

The disadvantages of a box and whisker plot is that
It hides the multimodality and some other characteristics of distributions.
It confuses the audience sometimes
Mean cannot be easily located.

What is meant by an outlier in a box plot?

How to Draw Box and whisker plot?

Arrange the data values in the ascending order
Identify the minimum and maximum values
Find the median of the data set
Identify the upper and lower quartile
Finally, construct the box and whisker plot