Before getting started, let’s understand what are quartiles? Quartiles are the values that divide a list of numerical data into three quarters.  There are three quartiles, first, second and third, denoted by Q1, Q2 and Q3. Here, Q2 is nothing but the median of the given data.

It is defined by

where Q1 is the first quartile and Q3 is the third quartile of the series.

The below figure shows the occurrence of median and interquartile range for the data set. 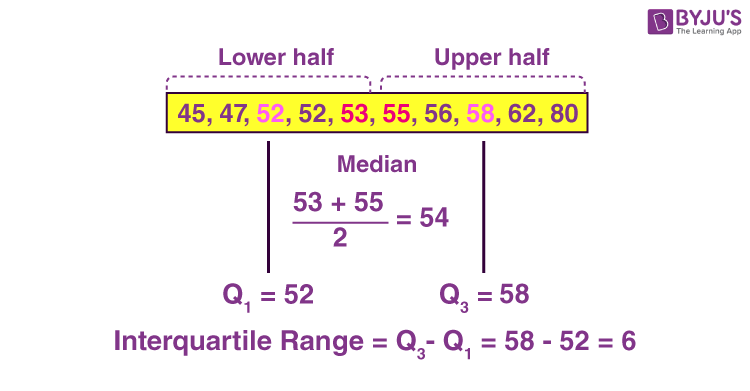 How to Calculate the Interquartile Range?

The procedure to calculate the interquartile range is given as follows:

Given: The first ten prime numbers are:

This is already in increasing order.

Here the number of values = 10

Here the number of values = 5

Here the number of values = 5

Therefore, 11 is the interquartile range value.

Register with BYJU’S – The Learning App and also download the app for more interesting and engaging videos.