Cartesian Plane: A cartesian plane is defined by two perpendicular number lines, A horizontal line(x−axis)  and a vertical line (y−axis).

These lines are called coordinate axes. The Cartesian plane extends infinitely in all directions.

Origin: The coordinate axes intersect each other at right angles, The point of intersection of these two axes is called Origin.

The cartesian plane is divided into four equal parts, called quadrants. These are named in the order as I, II, III and IV starting with the upper right and going around in anticlockwise direction. 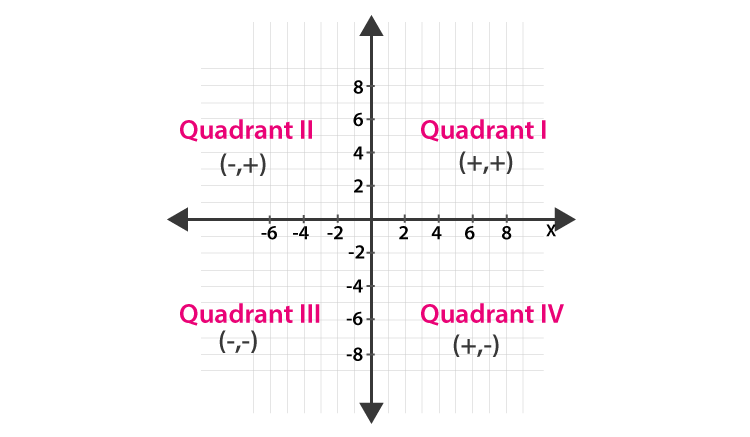 Signs of coordinates of points in different quadrants:

Plotting on a Graph

Representation of a point on the Cartesian plane

Using the co-ordinate axes, we can describe any point in the plane using an ordered pair of numbers. A point A is represented by an ordered pair (x, y) where x is the abscissa and y is the ordinate of the point. 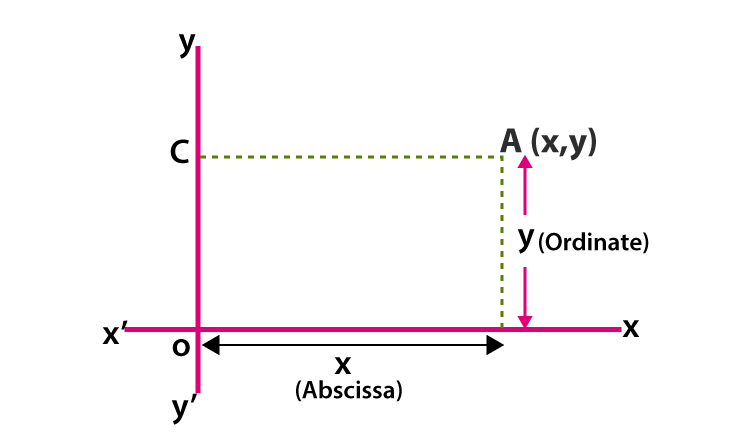 Position of a point in a plane

The coordinate points will define the location in the cartesian plane. The first point (x) in the coordinates represents the horizontal axis, and the second point in the coordinates (y) represents the vertical axis.
Consider an example, Point (3, 2) is 3 units away from the positive y-axis and 2 units away from the positive x-axis. Therefore, point (3, 2) can be plotted, as shown below. Similarly, (-2, 3), (-1, -2) and (2, -3) are plotted. Plotting a point in the plane