Cross section means the representation of the intersection of an object by a plane along its axis. For example, a cylinder-shaped object is cut by a plane parallel to its base; then the resultant cross-section will be a circle. So, there has been an intersection of the object. It is not necessary that the object has to be three-dimensional shape; instead, this concept is also applied for two-dimensional shapes.

Also, you will see some real-life examples of cross-sections such as a tree after it has been cut, shows a ring shape. So, we can say this method helps to see a small portion of anything which is big.

The cross-section is of two types, namely

The examples for cross-section for some shapes are:

The cross-sections for different 3D shapes are given here. Before that, we are going to learn two important terminologies such as

When a plane cuts a solid object, an area is projected onto the plane. That plane is then perpendicular to the axis of symmetry. Its projection is known as the cross-section area.

The volume of the solid is defined as the integral of the area of the cross-section.

A cone is considered a pyramid with a circular cross-section. Depending upon the relationship between the plane and the slant surface, the cross-section or also called conic sections (for a cone) might be a circle, a parabola, an ellipse or a hyperbola. 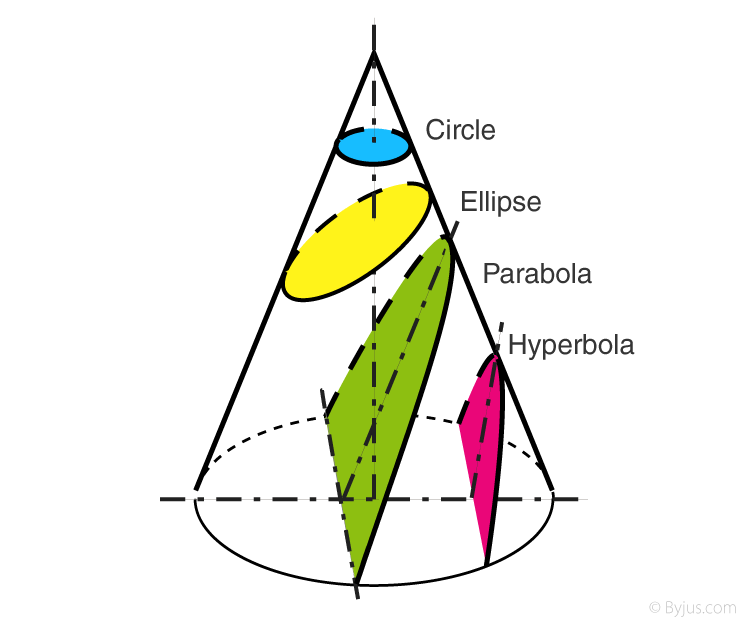 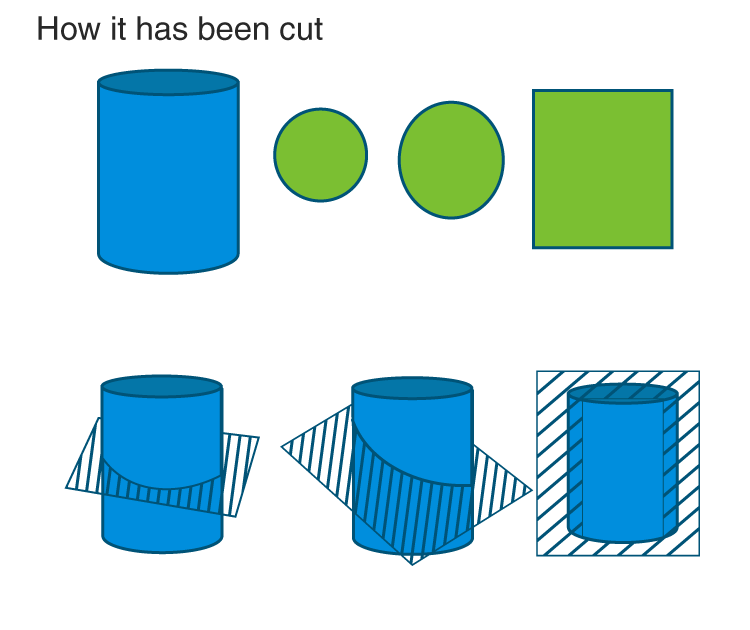 We know that of all the shapes, a sphere has the smallest surface area for its volume. The intersection of a plane figure with a sphere is a circle. All cross-sections of a sphere are circles. 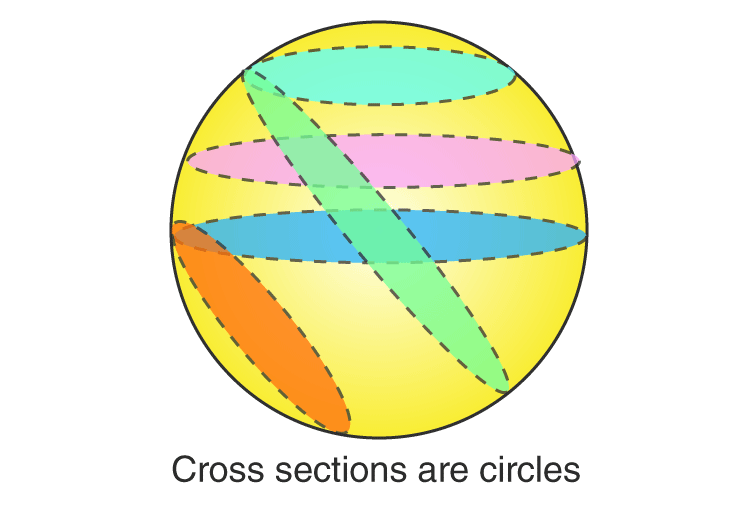 Determine the cross-section area of the given cylinder whose height is 25 cm and radius is 4 cm.

We know that when the plane cuts the cylinder parallel to the base, then the cross-section obtained is a circle.

Therefore, the area of a circle, A = πr2 square units.

Thus, the cross section area of the cylinder is 50.24 cm2