The NCERT Solutions for Class 6 Maths Chapter 1 Knowing Our Numbers Exercise 1.1 has been provided here to help the students in solving the questions from this exercise. Counting things or objects that we see in our day to day life has become easier by knowing numbers. For example, we can count the number of students in a class and represent them in numbers without any effort. Students can improve their abilities to solve problems by referring to the PDF of the NCERT Solutions of Class 6 Maths Exercise 1.1 of Chapter 1 from the answers provided underneath. 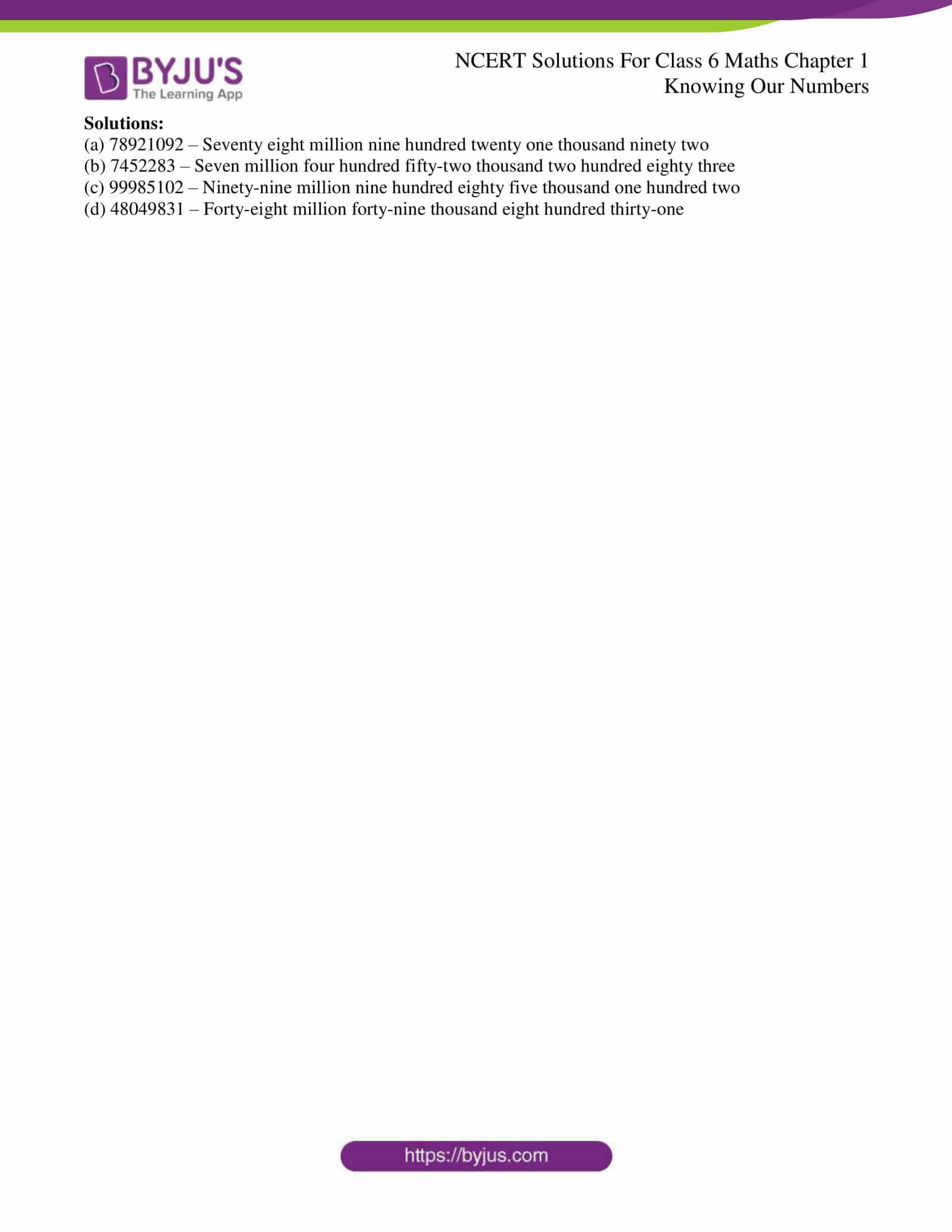 3. Insert commas suitably and write the names according to Indian System of Numeration:

4. Insert commas suitably and write the names according to International System of Numeration: