The NCERT Solutions For Class 6 Maths Chapter 4 Basic Geometrical Ideas Exercise 4.3 deals with the problems related to the various angles formed by two rays. Students can improve their time management and problem solving skills by using the solutions created by the experts. The two rays which form an angle are the arms or sides whereas the common point is called the vertex. The students, by solving the textbook problems using the NCERT Solutions for Class 6 Maths designed by our faculty, can obtain a better knowledge of the concepts, which are important from the exam point of view. 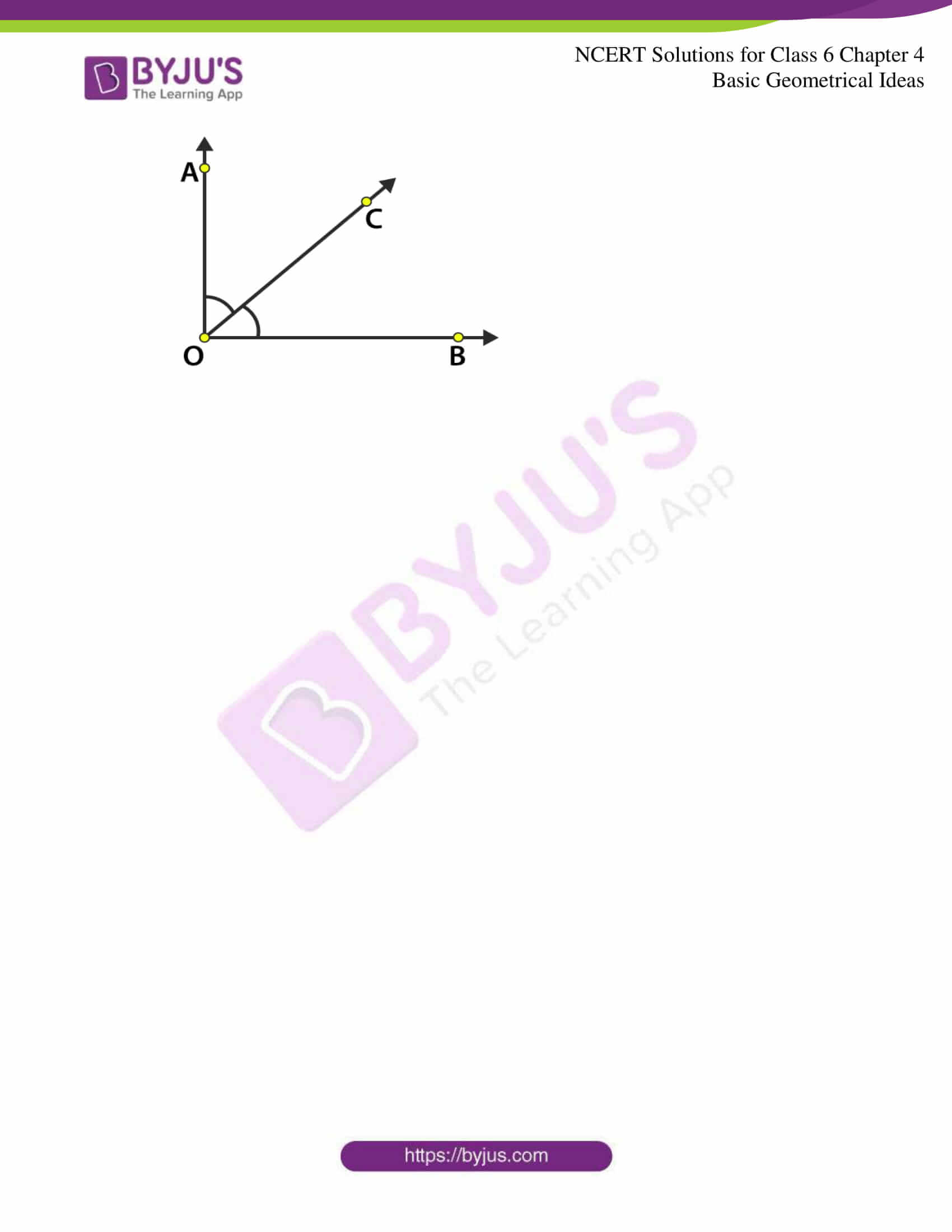 1. Name the angles in the given figure.

2. In the given diagram, name the points(s)

(a) In the interior of ∠DOE

(b) In the exterior of ∠EOF 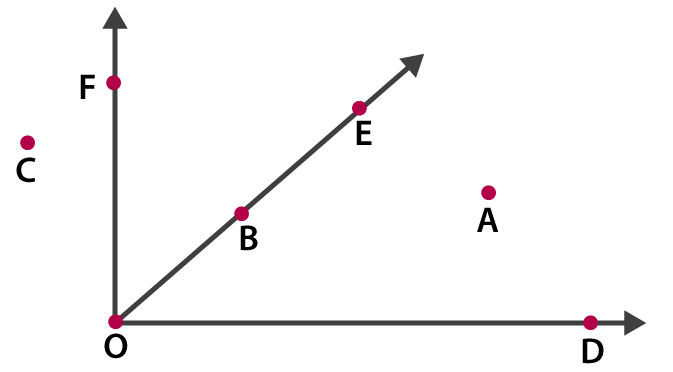 (a) The point in the interior of ∠DOE is A

(b) The point in the exterior of ∠EOF is C, A and D

3. Draw rough diagrams of two angles such that they have

(a) One point in common

(b) Two points in common

(e) One ray in common

(b) O and B are common points between ∠AOB and ∠BOC (c) O, E and B are common points between ∠AOB and ∠BOC (d) O, E, D and A are common points between ∠BOA and ∠COA