The accords are named after the patriarch Abraham regards as a prophet in both Judaism and Islam.

Latest Update: After the recent conflict between Israel and Palestine in May 2020, US President Joe Biden and his administration is laying the groundwork to encourage more Arab countries to sign accords with Israel and working to strengthen existing deals after the devastating war in the Gaza Strip.

In November 2021,  after many speculation, the Foreign Minister of Iran Fuad Hussein confirmed that Iran would not be a part of the Abraham Accords.

This article will give further details regarding the Abraham Accords within the context of the Civil Services Examination and other competitive exams.

Also, IAS Exam aspirants can refer to the links given below:

The Situation in the Middle East

The relationship between Israel and the rest of the Arab nations have been hostile ever since Israel was founded in 1948. Largey the hostility was due to the question of Palestine and its sovereignty.

A total of three large scale wars between Israel and multiple Arab nations had taken place from 1948. The Third one, the Yom Kippur War of 1973 made sweeping changes in Middle-Eastern politics that would be evident for years to come.

Although Israel emerged as the victor, it realised that its long-term military domination would not always be guaranteed. Egypt and Syria meanwhile were frustrated at their efforts despite coming close in defeating Israel. Anwar Sadat, President of Egypt was wary of further conflicts with Israel. His country had lost more than they had gained and thus in an unprecedented step made the decision to recognise Israel as a sovereign nation.

To this effect the Camp David Accords were signed between  Israel and Egypt. Formal recognition was granted by Egypt in 1979. This opened the possibility of peace with other Arab nations as well but such notions were met with hostility from other nations as well. Despite this Jordan became the second Arab nation to formally recognise Israel in 1994.

The scenario in the Middle East changed from time to time with even an agreement being signed between Israel and Palestine. This was the Oslo Accords being signed in 1993 and 1995. The accords fell apart at the beginning of the 2000s when a series of insurrections broke out in Israel. The situation remained in limbo until the Madrid Conference in 2018

Israeli Prime Minister Benjamin Netanyahu met Omani Foreign Minister Yusuf bin Alawi bin Abdulla. Two days after Netanyahu’s visit at the time, bin Alawi suggested while at a conference in Bahrain that it was time for Israel to be treated like the other states in the Middle East although Bahraini officials disagreed with his statement.

Regardless it would be Bahrain along with UAE that would sign the Abraham Accords in 2020.

To know more about the important events that took place from 3000 BC to 1950 AD, visit the linked article.

Significance of the Abraham Accords

The Abraham Accords stipulated that the UAE and Bahrain would establish their respective embassies in Israel and work together with Israel across a range of sectors, including tourism, trade and security.

The religious significance is that it would allow for Muslims to one of the holiest sites in Islam, the Al-Aqsa Mosque in Jerusalem.

Following the signing of the accords, Sudan and Morocco also normalised relations with Israel in the same year. It is speculated that more countries will follow suit but given the factitious nature of Middle-Eastern politics it seems highly unlikely in the short-term at least.

Foreign relations experts are of the opinion that the rise of Iran’s clout in the region has played a significant role in signing of the accords. Iran has been a long-time enemy of Israel and its leaders have vowed to continue the fight for Palestine’s independence regardless of who makes peace with Israel.

For India, the Abraham Accords are a welcome step that may herald a new era of peace in the Middle East. Since it shares cordial relationship with all the signatories of the accord then India stands to gain unprecedented benefits as a result.

What is the significance of the Abraham Accord?

The Abraham Accord marked the first public normalization of relations between an Arab country and Israel since that of Jordan in 1994.

How did the Abraham Accords get its name?

The accords are named after Abraham to emphasize the shared origin of belief between Judaism and Islam, both of which are Abrahamic religions that strictly espouse the monotheistic worship of the God of Abraham.

Aspirants can check the important information on Abraham Accords at 5:51 minutes on the video given below- 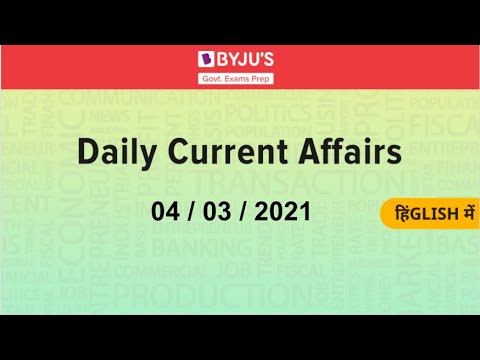 For more information about the UPSC Syllabus, visit the linked article. More exam-related preparation materials will be found through the links given below